Some January 6 Protestors Could Face Life In Prison

According to a letter from the U.S. Department of Justice, the individuals who have been charged with seditious conspiracy in the events of January 6 may face life in prison if they do not accept a plea deal from the government.

The letter was sent explicitly to members of the Oath Keepers, including group leader Stewart Rhodes. The U.S. Department of Justice charged eleven members of the group with various crimes, including seditious conspiracy, on Jan. 13.

In a letter obtained by American Greatness, the office of Matthew Graves, the U.S. Attorney for the District of Columbia handling every prosecution related to the events, outlined the potential penalties for those charged with what is considered to be one of the most serious crimes in the United States.

The letter, written by the chief prosecutor in the case, Kathyrn Rakoczy, says, “We write to advise you of applicable penalties that could apply upon conviction at trial.” The letter was sent after Graves had set a May 6 deadline for all defendants to respond to plea deals offered in their respective cases.

After outlining the penalties for related charges, the prosecutor outlined the intent of the U.S. government concerning the seditious conspiracy charges.

“The United States takes the position that the most analogous offense to seditious conspiracy is ‘Treason,'” Rakoczy wrote. She noted that should a jury conclude that the conspiracy involved conduct considered “tantamount to waging war against the United States,” Rakoczy said the government could seek a life sentence for the defendants.

Rakoczy further threatened the defendants with a terrorism enhancement for any guilty verdict, which could carry up to 22 years in prison if convicted.

Three members of the Oath Keepers group have pleaded guilty to seditious conspiracy in exchange for sentencing leniency. Joshua James, Brian Ulrich, and William Todd Wilson have all pleaded guilty to the charge.

On Friday, U.S. District Judge Amit P. Mehta postponed a July 11 trial date to September after the defendants said they needed more time to review what they said could be critical texts and encrypted messages related to the Jan. 6 events.

In late February, a fourth member of the group charged in relation to the events of Jan. 6, Matthew Perna, took his own life following the scrutiny of his charges.

To date, no American has been convicted of seditious conspiracy in the nation’s history. However, in 1995, Sheikh Omar Abdel-Rahman and nine of his followers were convicted of the crime of planning to blow up several buildings in New York City. 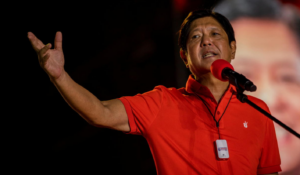