'I will never stop fighting for gender equity,' the governor said

At a news conference Wednesday, Hochul said, “From day one, it has been one of my top priorities to clean up Albany, change a culture of harassment and abuse, and ensure safe, respectful workplaces.”

“Everyone has the right to a workplace free of unlawful discrimination and harassment, and I will never stop fighting for gender equity. While there’s more work to be done, I am proud of the steps we are taking to promote safety, dignity, and respect for all New Yorkers,” she said.

The state’s Division of Human Rights will be required to support one of the three bills to establish a toll-free hotline for those who file complaints about workplace sexual harassment.

One of the signed bills will eliminate provisions that prevented personal staff for elected officials and the judiciary from protections under New York’s Human Rights Law.

A later part of the legislation classifies actions as unlawful that release records in an effort to discredit victims of workplace discrimination and harassment.

The legislation provides further recourse to victims of retaliation. It allows victims to file a complaint with the Attorney General, who can take the case to the state Supreme Court for a ruling.

Cuomo resigned from the office of governor amid attempts to impeach him after the release of James’ report.

The former governor has recently claimed that he was the victim of political attacks and is reportedly considering a run against Hochul to reclaim his former role as governor of New York. 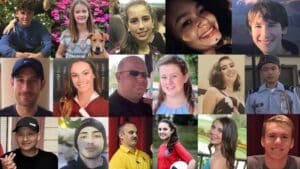