The seven soldiers who were the last to see Enrique Roman-Martinez alive have been charged in connection with his death.

The 21-year-old paratrooper and the men went on a camping trip on Cape Lookout National Seashore over Memorial Day weekend of 2020.

He was reported missing on May 22.

On May 28, the soldier’s severed head was found on the North Carolina shore.

The remainder of Roman-Martinez’s body has never been found.

None of the seven men who took part in the camping trip have been charged with the paratrooper’s murder but rather conspiracy and failure to abide by a direct order pertaining to taking a trip during a travel ban.

Authorities have also charged a few of the soldiers with using LSD, a hallucinogenic drug. Some are also facing charges of disobeying a superior or making false statements.

“Officials have said the charges are unrelated to the death of Roman-Martinez,” per ArmyTimes.

Becerra contacted authorities to report the California-native missing. He, Cochell, and Landrum told investigators they left the island on a ferry where they were camping at 3 a.m. on May 22 but failed to mention a fourth soldier had been with them.

Sibley and Curry also said the three soldiers left on a ferry and also did not tell investigators that a fourth soldier left with them.

The seven soldiers were arraigned between Jan. 6 and March 10, 2022. Their individual trials are scheduled between May and September, per The Fayetteville Observer.

All the soldiers, including Roman-Martinez, were part of the 37th Brigade Engineer Battalion, 2nd Brigade Combat Team, 82nd Airborne Division based out of Fort Bragg.

Roman-Martinez’s death remains an open investigation but has been classified as a cold case by the Army Criminal Investigation Division. The Division is still offering a $50,000 reward for information that resolves the case. 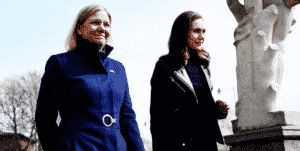