Senators Set To Meet With The People's Convoy Tuesday

Republican lawmakers in D.C. have agreed to meet with organizers of the convoy to discuss their concerns over COVID-19 mandates

Republican Senators Ron Johnson of Wisconsin and Ted Cruz of Texas are slated to meet with members of the People’s Convoy on Tuesday to discuss concerns over mandates related to COVID-19.

The People’s Convoy has called itself “a peaceful and unified transcontinental movement.” Their call to action has continued to be, “We demand the declaration of national emergency concerning the COVID-19 pandemic be lifted immediately and our cherished constitution reign supreme.”

The convoy, which made a journey from California to D.C., was inspired by the actions of the Freedom Convoy in Canada. The convoy in Canada shut down border crossings and the capital city of Ottawa in protest of COVID-19 mandates.

“We are law-abiding citizens that are just exercising our rights to this protest,” said Brian Brase, one of the convoy’s organizers.

Brase has continually stated the convoy will not enter the heart of D.C. Instead, protestors plan to increase the number of trips around D.C.’s Beltway each day to pressure public officials.

On Sunday, Capitol Police issued an emergency declaration to ensure that they could operate and respond as necessary in response to the convoy’s presence in D.C. The Pentagon expanded National Guard support to the Capitol Police Monday in support of security concerns.

The leadership of D.C. announced that the convoy’s protests might result in road closures or other inconveniences.

However, a few D.C. lawmakers have expressed support of the trucker convoy protests.

The most noteworthy supporter has been Kentucky Senator Rand Paul.

In early February, the senator said, “I’m all for it. Civil disobedience is a time-honored tradition in our country, from slavery to civil rights, you name it. Peaceful protest, clog things up, make people think about the mandates.”

As of last week, most federal COVID-19 restrictions are no longer active. Like many other cities and states, Washington lifted its indoor mask mandate earlier this month. It appears the remaining goal of the convoy would be to end the emergency declaration, which the Biden Administration renewed. 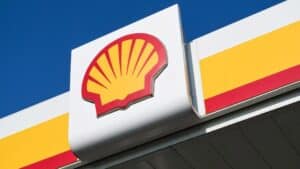 Shell Announces It Will No Longer Purchase Russian Oil and Gas