Orrin Hatch, a Republican senator from Utah, died Saturday at the age of 88 in Salt Lake City, Utah.

Hatch retired in January 2019 at the end of his last term. He served in the Senate for 42 years, making him the longest-serving Republican U.S. senator in history.

Matt Sandgren, executive director of the Hatch Foundation, issued a statement saying, “Senator Orrin G. Hatch personified the American Dream. Born the son of a carpenter and plaster lather, he overcame the poverty of his youth to become a United States Senator.”

When Hatch retired, he harkened back to his days as a boxer, saying, “Every good fighter knows when to hang up the gloves. And for me, that time is soon approaching.”

On Sunday, President Joe Biden said he “was, quite simply, an American original.” Biden served in the Senate with Hatch for more than three decades.

“He was the fighter who carried with him the memory of his humble upbringing near Pittsburgh, who never humored a bully, or shied from a challenge,” Biden said in his statement.

“Senator Hatch was also a man of deep faith; a gentle soul who wrote songs and poems, and shared them with friends, colleagues, and the world. This was the Orrin who looked out for the people who often didn’t have a voice in our laws and our country. I saw this in his efforts to pass the Americans with Disabilities Act and the Children’s Health Insurance Program.”

As part of his legacy, Hatch launched the Orrin G. Hatch Foundation. The foundation is focused on helping improve bipartisan governance and support in all areas of the nation’s legislature. 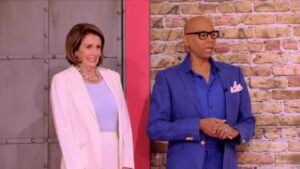