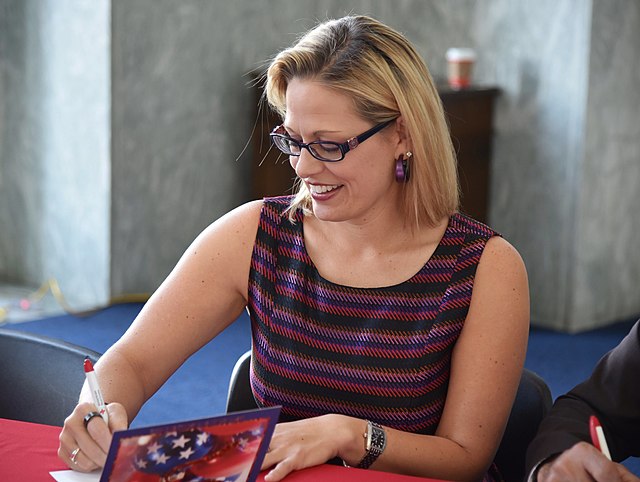 Democrat Senator Kyrsten Sinema has a majority favorability rating with both voters in her own party and Republicans.

Sinema, a moderate, has often drawn ire from leadership in her own party for refusing to march in lockstep, but that does not appear to be impacting her approval from voters.

A newly released Bendixen & Amandi International poll that was commissioned by Politico found that the senate firebrand is viewed favorably by 52 percent of Arizona Democrats and 51 percent of Arizona Republicans. Among Independents, Sinema also scored well with a 44 percent favorable rating.

8/10 AZ’s better-known Democratic Sen, Kyrsten Sinema, has fascinating numbers because Rs are as likely as Ds to have a favorable impression of her —& more Rs than Ds approve of the job she’s doing

This has a lot to do w/the filibuster (see next) https://t.co/riScqpn5f0 pic.twitter.com/ocTJOE2AiB

Overall, Sinema has a 50 percent approval rating from voters in her state, according to the poll.

Sinema has challenged her own party multiple times, including refusing to support $15 minimum wage or vote to abolish the filibuster.

“It’s no secret that I oppose eliminating the Senate’s 60-vote threshold,” Sinema wrote in an op-ed for the Washington Post. “If anyone expected me to reverse my position because my party now controls the Senate, they should know that my approach to legislating in Congress is the same whether in the minority or majority.”

Standing firmly by her principals has made her a popular target of left-wing activists, including many that are now threatening to dump money into primary opponents if she does not cave in to their demands of ending the filibuster and helping to pass the Equality Act.

Last week, over 140 Arizona LGBTQ+ leaders released an ultimatum threatening “direct support, including donations,” to “another Democrat who will use their power as a US Senator to stand up for our rights.”

“You have the power to cast the deciding vote to make [LGBTQ] rights law. Our right to exist, and the rights of black and brown transgender women to live are not up for debate or compromise. Unless we end the filibuster, the Equality Act has no chance of passing the Senate in this polarized climate,” the letter stated. “If you refuse to do this, we will have no choice but to seriously consider whether our support for you, including financial donations, may better serve our community if directed to another Democrat who will use their power as a US Senator to stand up for our rights.”

BREAKING: Over 140 Arizona LGBTQ+ leaders release letter calling on @KyrstenSinema to end the filibuster and pass the Equality Act.

Letter threatens to direct support, including donations, to "another Democrat who will use their power as a US Senator to stand up for our rights." pic.twitter.com/GE9TZ80taK

It does not appear that Sinema is concerned about their threats, which she did not respond to.

Judging by how well-liked she is, these leaders may be in for a challenge getting voters to turn on her anyways.

The pollsters surveyed 600 likely voters in Arizona from June 17-23, with a margin of error of 4%. 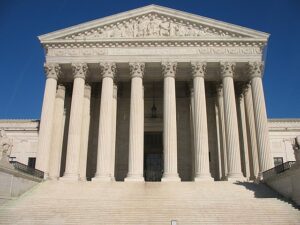