Republican Senator Roger Marshall is planning to introduce legislation named after Dr. Anthony Fauci, after the National Institute of Allergy and Infectious Diseases head called him a “moron” on a hot mic.

The Financial Accountability for Uniquely Compensated Individuals (FAUCI) Act would mandate that the Office of Government Ethics (OGE) provide a list of all confidential filers within the government whose financial disclosures are not public, according to a report from The Hill.

During a heated exchange in senate on Tuesday, Marshall had taken issue with Fauci’s financial records not being readily accessible to the public.

“As the highest-paid employee in the entire federal government,” Marshall asked, “yes or no, would you be willing to submit to Congress and the public a financial disclosure that includes your past and current investments?”

“I don’t understand why you’re asking me that question,” Fauci replied. “My financial disclosure is public knowledge and has been so for the last 37 years or so, 35 years.”

“All you have to do is ask for it,” Fauci added. “You’re so misinformed, it’s extraordinary.”

Following the exchange, a hot mic picked up Fauci saying, “what a moron, Jesus Christ!”

In a statement to Fox News, the NIAID said “Dr. Fauci and all directors of NIH Institutes and Centers are public report filers due to the responsibilities of their positions pursuant to the last criteria listed in 5 CFR 2634.202(c): ‘and each officer or employee in any other position determined by the Director of the Office of Government Ethics to be of equal classification.’”

However, the report points out that “Marshall cited a New York Post article in which a Fauci spokesperson was unable to produce the disclosures that Fauci claimed were public. A Forbes article reported that Fauci’s salary, stock, bond purchases and royalty payments for this year and last year are not available to the public.”

The Center for Public Integrity said that Marshall was incorrect about them being private, but that they were indeed hard to obtain. A reporter from the organization had to submit a formal request and then “politely badger” the agency for a month. She said that it took her over two months to obtain the records.

Fauci says they just have to ask for it.

“I first asked the NIH for Fauci’s disclosure on May 18, 2020 and didn’t receive it until Aug. 5. The NIH also chose to give the disclosure to me under the Freedom of Information Act, which they didn’t need to do and caused the document to be partially redacted. (Though most of the information about Fauci’s income, gifts and investments in 2019 is still there for all to see.) They did not respond to my questions, then or now, about why they did that,” the reporter explained.

This is the second bill named after Fauci.

The first was the Fairness and Accountability in Underwriting Chinese Institutions Act, which would ban U.S. funding of gain-of-function research in China. The legislation was introduced by Representative Chris Stewart and Sen. Joni Ernst in November. 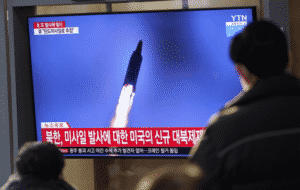