The senate blocked the abortion rights bill, a direct challenge to the historic case of Roe V. Wade

On Monday, Senate Republicans blocked a bill passed in the House to preserve nationwide access to abortions.

Dubbed the Women’s Health Protection Act, the bill aimed to “protect a person’s ability to determine whether to continue or end a pregnancy and to protect a health care provider’s ability to provide abortion services.”

In late September, the House had passed the legislation even though the bill was not expected to pass the 50-50 Senate. Legislation in the Senate requires Republicans to join Democrats to get at least 60 votes to break a filibuster.

The bill’s failure to advance in the Senate makes it harder for women to access abortions and threatens healthcare providers who perform the procedure.

Speaking at a news conference ahead of the vote, Senate Majority Leader Chuck Schumer said abortion restrictions passed at the state level “largely fly in the face of public opinion, common sense, and frankly common decency. We must fight to stop these insidious efforts to curtail a woman’s right to access safe, legal abortion.”

Republican-led states have introduced and passed bills across the nation which have restricted access to abortions.

In September, a Texas law was passed banning abortions after about six weeks of pregnancy. The bill also allows private citizens to bring civil suits against anyone who helps a pregnant person seeking an abortion in violation of the ban.

Pelosi argued that the time had come to pass the legislation, considering Democrats’ control of the House — where the majority of members support abortion rights — and a Democrat serving as president. 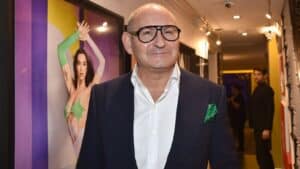