While the resolution has passed the Senate with strong support, challenges from the White House and Congress could lie ahead

On Tuesday, the Senate passed a resolution to end the federal mask mandate on public transportation.

The resolution passed 57–40 with bipartisan support.

However, the resolution, brought by Senator Rand Paul, faces significant barriers to becoming law. The Biden administration could veto the bill. Also, Speaker Nancy Pelosi may not allow the House to vote on the measure.

“Today, the Senate said enough is enough and sent a message to unelected government bureaucrats to stop the anti-science nanny-state requirement of travel mask mandates,” Paul said in a statement following the vote. “Since March 2020, unelected bureaucrats have incessantly declared that we should ‘follow the science.’ But the same bureaucrats continue to defy science by imposing an ineffective and restrictive mask mandate for individuals traveling on public transit and airplanes.”

Paul has voiced public opposition to the mask mandate for months.

On Tuesday, Senate Republicans held a news conference praising the resolution and challenging Senate Democrats to vote against the bill in the face of upcoming midterm elections.

As life in America returns to normal, it is past time for travel restrictions and mask mandates to be lifted. Join us LIVE at 12pm ET as Senate Republicans discuss the Biden administration extending the transportation mask mandate. https://t.co/QhPNreW9X9

Senator Mitt Romney was the only opposing vote from Senate Republicans.

Paul’s resolution was considered under the Congressional Review Act. This consideration required a simple majority as opposed to the 60-vote threshold typically required by the filibuster.

The Congressional Review Act allows Congress to toss out usual protocol implemented by government agencies with a resolution.

The Transportation Security Administration (TSA) recently extended its mask mandate to April 18. In response to the coronavirus pandemic, the Biden administration initially issued the mandate in 2021. The federal mandate requires citizens to wear face masks in airports, trains, subways, and other forms of public transportation.

Disputes over masks, and the refusal of some passengers to wear masks, has led to frequent shouting matches, fights, and other problems with disorderly passengers throughout the pandemic. Between Jan. 1 and Feb. 15, the Federal Aviation Administration received almost 400 reports of unruly passengers, including 255 reports of passengers refusing to comply with the federal mask mandate. 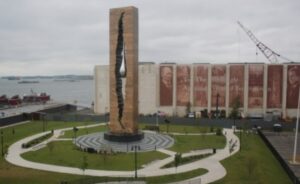