For a second time in two months, President Biden saw his agenda limited by a senator from his own Democratic party.

On Thursday, efforts by the President and the Senate to remove the Filibuster and push through changes to voting rights were thwarted by the dissent of members of the democratic party.

This time, Senator Kyrsten Sinema pulled the plug on Biden’s hopes. Sinema said she would not vote to change the filibuster, although she had voiced her support for voting rights legislation. The announcement of opposition to the filibuster change was made in a floor speech just before Biden was to speak to the Senate Democratic caucus.

Sinema’s statement cut off any hope of movement ahead of the high-profile meeting.

Just weeks ago, Senator Joe Manchin halted the President’s plans with a surprise statement on “Fox News Sunday” saying that he would oppose Biden’s Build Back Better climate-and-social-spending legislation.

On Thursday, Manchin followed Sinema’s announcement with a statement reiterating his own opposition to changing the filibuster.

The moves by Sinema and Manchin resemble other times in American history when senators have halted the plans of the President leading their party.

Former Senator John McCain made a similar move in 2017 on the Senate floor, voting against ObamaCare repeal legislation, which ultimately ended former President Trump‘s efforts to wipe out the Affordable Care Act.

“The honest-to-God answer is I don’t know whether we get this done,” the President told reporters. “I hope we can get this done, but I’m not sure.”

The President later invited Manchin and Sinema to the White House for an additional meeting on Thursday evening. However, they didn’t announce any significant change or progress coming as a result.

Senate Democrats now face the realization they may have to accept a smaller list of accomplishments than previously planned at the beginning of 2022. 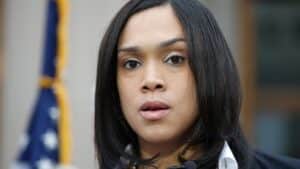