Late Thursday, the Senate voted 59-35 to approve a bill to raise the debt ceiling by a simple-majority threshold, a move to enable Congress to approve a final debt limit increase in the coming days.

The final vote was a formality after the Senate cleared the 60-vote cloture threshold (64-36) for the bill earlier that day.

The bill also prevents cuts to Medicare, a focus of many Senate and House members. The bill will now go to President Biden for a signature.

After weeks of talks between Senate Minority Leader Mitch McConnell, R-Ky., and Majority Leader Chuck Schumer, D-N.Y., on how to avert a catastrophic debt default, they came to a deal on Tuesday to present for a final vote.

However, Senate Democrats refused to take that step. That refusal led to a standoff in October, with both parties threatening default if they did not get their way. In the end, McConnell relented and backed a temporary debt limit increase until this month. However, McConnell said Republicans would not vote to increase the debt limit again.

In the face of potential default coming in December, McConnell and Schumer found a way to pass the debt ceiling increase without GOP votes by including the procedural language on the debt limit in a must-pass Medicare bill on behalf of Americans dependent on the healthcare provided.

“I wasn’t happy with the deal that was negotiated,” Senator Mitt Romney said on Thursday. “But that’s the deal that ended up being on the table and I want to make sure we raise the debt limit and we don’t cut Medicare.”

Once Biden signs the bill, both the House and Senate will have to pass an actual debt ceiling increase, which should be finalized sometime next week. 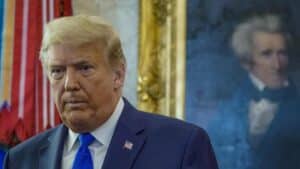