An identical bill was already in committee in the House

The Senate passed a bipartisan bill that would end daylight saving time permanently in the United States.

The Sunshine Protection Act of 2021 was passed by the Senate on March 15 following a unanimous vote.

“We don’t have to keep doing this stupidity anymore,” said Rubio, who co-sponsored the bill. “Why we would enshrine this in our laws and keep it for so long is beyond me.”

“Hopefully, this is the year that this gets done. And pardon the pun, but this is an idea whose time has come,” he added.

Under an amendment proposed by Rubio, the bill would not go into effect until November 2023. Americans would “fall back” and “spring forward” one final time before the practice is abolished.

The bill (S.623) was introduced in the Senate on March 9 and referred to the Committee on Commerce, Science, and Transportation.

An identical version of the bill was introduced in the house on Jan. 4. H.R. 69, also known as the Sunshine Protection Act of 2021, was referred to the House Committee on Energy and Commerce and then the Subcommittee on Consumer Protection and Commerce.

The act must be passed by the House before being delivered to the president for approval.

If President Joe Biden signs the bill, the policy would end the custom of changing the clocks twice a year.

The U.S. first adopted Daylight Savings Time during World War I to save energy. The practice was repealed nationally in 1919 although some states maintained the system.

Daylight Savings Time was adopted in the U.S. in 1966 under the Uniform Time Act. The Act was revised by the federal government in 2007.  Some states, including Hawaii and Arizona, currently do not recognize the biannual change. 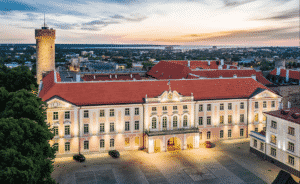