Senator Kyrsten Sinema was harassed by a woman who said that she was a Deferred Action for Childhood Arrivals (DACA) recipient on her flight to DC on Monday evening.

The Arizona moderate was met with press and protesters upon landing at Ronald Reagan Washington National Airport.

On her flight, Sinema was approached by a woman named Karina Ruiz from the Arizona Dream Act Coalition, an illegal immigrant rights organization.

Ruiz explained that she was a DACA recipient and demanded to know if the senator would support a pathway to citizenship for illegal aliens. As Sinema attempted to ignore her, the activist continued to invade her space while filming.

Message from Karina – I am a DACA recipient from Arizona who volunteered to help elect Sen. Sinema. I asked her to follow through on her promises to immigrants in Arizona and support citizenship through reconciliation. pic.twitter.com/iw4nsrI2v7

“I don’t recognize her, she once told me she organized the marches in 2010 against SB1070, and when we need her most, she will not stand with us, her silence is betrayal of our trust,” Ruiz wrote on the ADAC Facebook page.

Upon her arrival at the airport, a small number of protesters and press were waiting. They followed her through the building filming themselves talking at her as she attempted to make her way out.

Sen. Kyrsten Sinema just arrived at DCA, where a small number of protestors were waiting. They asked her what she would cut from the larger human infrastructure package. Sinema did not answer. pic.twitter.com/4EXCGDxwIl

The centrist Democrat appears to be being ambushed everywhere she goes over her refusal to support her party’s $3.5 trillion “Build Back Better Act” reconciliation bill.

Sinema was also followed into the bathroom by protesters at Arizona State University, where she is a lecturer, over the weekend. The demonstrators appear to have broken the law by filming her as she went in to use a stall.

🔴BREAKING: Blanca, an AZ immigrant youth confronts @SenatorSinema inside her classroom, where she teaches @ ASU. “in 2010 both my grandparents got deported bc of SB1070…my grandfather passed away 2 wks ago & I wasn’t able to go to Mexico bc there is no pathway to citizenship.” pic.twitter.com/JDZYY2fOD2

The activists chanted President Joe Biden’s slogan of “Build Back Better” as Sinema attempted to distance herself from them.

Activists also disrupted a fundraiser that the senator attended later that evening at the Royal Palms, prompting her to leave out the back door.

This is the party area inside the Royal Palms Resort before the Kyrsten Sinema fundraiser yesterday. It was at the very back of the resort property and could not be reached by @LUCHA_AZ protesters bc of security blocking pathways there. The senator left through a rear entrance. pic.twitter.com/ET2XIbMiwK

West Virginia Senator Joe Manchin has also refused to vote for the Build Back Better Act in its current form, but he does not appear to be facing the same type of aggressive confrontations. 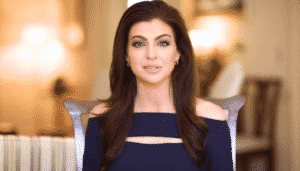 Governor DeSantis Announces His Wife, Casey, Has Been Diagnosed With Breast Cancer