During a speech at Turning Point USA’s Student Action Summit on Sunday, Sen. Ted Cruz (R-TX) said he wanted to see Congressional Democrats who have pushed far-left policies to sail to their “socialist paradise” in Cuba.

“Ronald Reagan said years ago the thing the Left never seems to understand is the Berlin Wall that divided East Germany from West Germany, the Berlin Wall, the machine guns all point in one direction,” Cruz said. “The analogy I’m fond of using as a Cuban-Americans is the thing that liberals never seem to understand if you go down to Key West, is the rafts are only going one direction. Just once I want to see some left-wing socialist — I want to see Bernie Sanders, I want to see Elizabeth Warren, I want to see AOC go down to Key West, get on a raft, and sail 90 miles south to the socialist paradise.”

In 2020, Sen. Bernie Sanders (I-VT) was criticized for defending the Communist revolution in Cuba and praising Fidel Castro’s literacy program.

“But you know, it’s unfair to simply say everything is bad,” Sanders said. “When Fidel Castro came to office, you know what he did? He had a massive literacy program. Is that a bad thing? Even though Fidel Castro did it?”

Before Castro’s literacy program, the literacy rate in Cuba was 77% and it reached 99% by 2010. In that same time, other countries in South America had similar increases in literacy rates without Castro’s program. For example, Bolivia’s literacy rate increased from 44 to 92 percent and Brazil’s from 60 to 91 percent.

Daniel Henninger addressed the growing popularity for socialism among the left in a March 2019 Wall Street Journal article after Ocasio-Cortez made comments demonizing capitalism, saying, “To me, capitalism is irredeemable.”

Henninger wrote, “The reality is that Bernie Sanders of Vermont and now a first-term House Member from New York City have pushed the Democratic Party through an already open door into an infatuation with democratic socialism. This means the next Democratic administration, and that would include a Biden administration, will sit to the left of the Obama presidency. 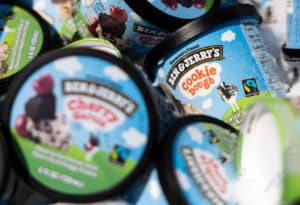