Concerned about TikTok and its Chinese parent company, ByteDance, Senator Tom Cotton dispatched a letter to the Department of Homeland Security requesting a list of H-1B recipients’ nationalities and job titles.

Cotton, who explained in his letter that he was motivated by recent reports that TikTok user data had been accessed remotely by China, urged the Department of Homeland Security to take the matter seriously. While TikTok’s vice president explained in a Senate hearing that “all TikTok US user data” is stored in the United States and that all of its data centers are “located entirely outside of China,” Cotton has been concerned by recent reports that “Beijing-based employees of ByteDance have targeted specific American users for surveillance, and that at least 300 TikTok and ByteDance employees are also current or former employees of Chinese state media.”

According to the senator, in 2022 the Department of Homeland Security “approved over 570 new and continuing H-1B visas for foreign individuals to work at ByteDance and TikTok.” Both companies’ American operations are primarily based out of California:

TikTok claims that it stores ‘all TikTok US user data in the United States,’ and that its ‘data centers are located entirely outside of China.’ In a Senate hearing, TikTok’s vice president added that TikTok has a ‘US-based security team that handles access to user data.’ However, recent public reports indicate that sensitive data on American users of TikTok has been accessed from within China, that Beijing-based employees of ByteDance have targeted specific American users for surveillance, and that at least 300 TikTok and ByteDance employees are also current or former employees of Chinese state media.

“For each H-1B application sponsored by ByteDance or TikTok in 2022, please provide a list of the nationalities and job titles of each applicant employee no later than 5:00 p.m. on Tuesday, November 15,” the letter concluded.

TikTok collects names, ages, phone numbers, and emails in addition to accessing geolocation services on mobile devices and identifying information like a user’s IP address. Cotton believes that this data — when accessed by foreign nationals working in the United States or China — can “threaten the safety and security of American citizens” and function “like an avenue for the Chinese government to track the locations of and develop blackmail on Federal employees and contractors.” 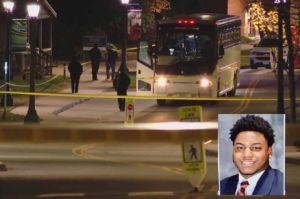