James Murray has been the agency's director since 2019

The director of the Secret Service has retired to join the tech company Snapchat.

James Murray has been with the agency for the last 27 years and will now report directly to Snapchat CEO Evan Spiegal as the company’s new Chief Security Officer.

“As Director, Murray contributed significantly to the agency’s continued professionalization and growth, and helped the agency navigate the unique challenges presented by the historic COVID-19 pandemic, throughout which the agency continued executing its integrated mission of providing protection to senior elected leaders and investigating crimes targeting our financial infrastructure,” the Secret Service said in a press release on July 7.

Murray, who joined the Secret Service in 1995 as a special agent in the New York Field Office, has served as the agency’s chief executive since May 1, 2019.

In a joint statement, President Joe Biden and First Lady Jill Biden said the New Jersey native had “led a long and distinguished career in federal and military service” over 30 years.

“Jim embodies the meaning of service over self, and protected the families of U.S. Presidents like they were part of his own. We are incredibly grateful for his service to our country and our family,” the president and first lady said.

Snapchat, a photo-based messaging app known for its time-limited displays, is worth an estimated $1.3 billion although its stocks were significantly below their year-to-date value in June of 2022.

Murray’s last day with the agency is July 30.

“We’re thrilled to welcome Jim Murray to Snap and look forward to him joining our team on August 1st,” Pete Boogaard, a spokesman for Snapchat, told The Verge.

“In his new role, Murray will help protect the safety and security of Snap employees and work with law enforcement when necessary,” the outlet reported.

Although extremely popular among teenagers, Snapchat has been plagued by several controversies in recent years.

In 2021, Snapchat agreed to remove a filter that showed a user’s speed after the parents of two young men who were killed in a car accident claimed the feature “encouraged their sons to drive at dangerous speeds.” Although the company said the feature was “barely used,” the company withdrew the filter from its 500 million users.

“Nothing is more important than the safety of our Snapchat community,” a representative said at the time, according to a report from the BBC.

“We keep very little user data, and we have robust policies and controls to limit internal access to the data we do have, including data within tools designed to support law enforcement,” the company said in a statement emailed to the publication. “Unauthorized access of any kind is a clear violation of the company’s standards of business conduct and, if detected, results in immediate termination.” 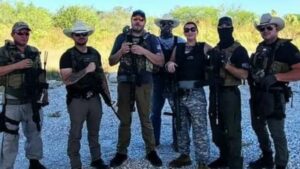