Officials claim the immigrants are from Venezuela, Nicaragua, Cuba, and Colombia.

Texas Governor Greg Abbott said his decision to “deport” the immigrants from Texas is for the protection of citizens across the Lone Star State.

“Texans demand and deserve an aggressive, comprehensive strategy to secure our border—not President Biden’s lackluster leadership,” Abbott said in a statement. “As the federal government continues to roll back commonsense policies that once kept our communities safe, our local law enforcement has stepped up to protect Texans from dangerous criminals, deadly drugs, and illegal contraband flooding into the Lone Star State.”

Second bus of migrants from Texas arrived in DC this morning (14 people on board) although some are apparently not staying in DC long, already on their way to NYC via train

According to Abbott, his government is also taking the following steps to secure the border: 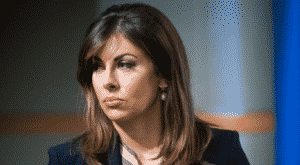