‘Now is the time to get Scotland on the right path,’ Nicola Sturgeon told parliament

The First Minister of Scotland Nicola Sturgeon announced her intention to hold a vote for independence in October 2023.

Scotland is part of the United Kingdom and is subject to its legal oversight. Accordingly, the nation does not have the legal power to pursue a constitutional referendum granting independence.

“Independence is about equipping ourselves to navigate the future, guided by our own values, aspirations and interests,” the First Minister said during a statement to parliament on June 28, introducing the Scottish Independence Referendum Bill.

“Now is the time — at this critical moment in history — to debate and decide the future of our country,” Sturgeon said. “Now is the time to get Scotland on the right path — the path chosen by those who live here. Now is the time for independence.”

Sturgeon is the leader of the Scottish National Party. She said it was the nation’s legislative body’s “democratic mandate to offer Scotland that choice.”

“The UK government, regrettably however, is refusing to respect Scottish democracy,” she added. “The issue of independence cannot be suppressed. It must be resolved democratically. And that must be through a process that is above reproach and commands confidence.”

Sturgeon plans to pursue Scottish independence even if she does not receive permission from the UK.

The Scottish First Minister sent a letter to UK Prime Minister Boris Johnson signaling her commitment to her nation’s independence and voicing her frustration with Johnson’s lack of support.

“Your government has made abundantly clear your reluctance to respect that mandate or to respond positively to my previous request for constructive engagement to agree the terms of an Order in Council under Section 30 of the Scotland Act 1998 to put the legal basis of a referendum beyond any doubt,” Sturgeon’s letter stated.

“You and I will never agree on the merits of independence for Scotland,” she wrote. “But I would expect any democrat to agree that it is unacceptable for the people of Scotland to be blocked from making that choice given the clear majority for a referendum in the Scottish Parliament.”

According to the BBC, “If the Scottish Parliament is to pass legislation on this matter, it must have the legal power to do so transferred to it from the UK government — either temporarily or permanently via a ‘Section 30 order.’”

If Johnson’s government does not grant a Section 30 order, Sturgeon’s independence bill will most likely be challenged in court.

A draft of the Scottish Independence Referendum Bill was first released in March of 2021 and signaled the country’s intent to pursue independence “once the current health crisis is over.”

Scotland held its first independence referendum in 2014. The UK’s decision to leave the European Union – largely known as Brexit – was widely opposed in Scotland, putting the nation at odds with other parts of the UK.

Sturgeon has indicated she intends to hold a vote on independence on Oct. 19, 2023. 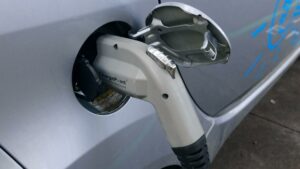