Former Alaska Gov. Sarah Palin has announced that she will be running for Congress to fill the seat previously held by the late Rep. Don Young.

A special election to fill Rep. Young’s seat will take place on August 16.

Palin has signaled that she was thinking about running during an interview with Newsmax last month.

“It would be an honor.”@SarahPalinUSA responds to calls urging her to replace the late Don Young’s seat in the House of Representatives. pic.twitter.com/Vpd6Sn6Ssg

Palin was asked about the seat by Eric Bolling on his show The Balance.

“Are you ready to announce a run for that seat?” Bolling asked.

“Oh my goodness, think of those huge shoes that are to be filled when we consider Don Young’s longevity and his passion, his love, his fighting spirit for our wonderful state of Alaska and for the nation as a whole,” Palin said.

Palin then announced that she would be “humbled and honored” to serve in his seat.

“In a heartbeat, I would,” she continued. “We’ll see how this process is gonna go in terms of filling that seat, but it would be an honor.”

The former vice presidential nominee added that she has “nothing to lose.”

“When the media has already clobbered you, as bad as you can get clobbered, and the haters, you’re not going to change their mind, but you have faith that there are enough Americans who understand where you’re coming from,” she said. “I think that there are enough Americans who understand what we need, and when I have nothing to lose, as is the case today, I think it would be good for my family, even, yeah, I’d serve.” 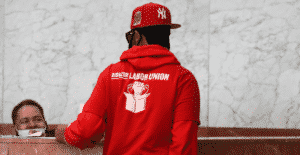