The second part of the legislation requires gun owners to pay a $25 annual fee per household for gun ownership. The measure was passed with an 8-3 vote.

The liability insurance will cover losses or damages resulting from any “negligent or accidental use of the firearm.” According to the city officials, the owner of a lost or stolen gun will be liable until the theft or loss is reported to authorities.

The new rules are set to take effect in August if they pass the final reading next month.

According to the San Jose Spotlight, the annual gun fee is expected to bring in $1.3 million for the city. The report estimates there are between 50,000-55,000 households in San Jose that own guns.

Sam Paredes, the executive director of Gun Owners of California, criticized the legislative push last week. Paredes said, “There is zero logic to these proposals” in a post on the organization’s website.

“The Mayor has admitted that criminals will ignore the law – but he believes he’s going to curb gun crime somehow by making the good guys buy liability insurance? This is some oddball reasoning for sure,” Paredes added.

San Jose’s efforts come at a time when nationwide support for more stringent gun control efforts is at the lowest since 2014.

In November, a Gallup poll found that only a slim majority of Americans supported more stringent controls on the sale of firearms.

According to the poll, fewer than one in five Americans support a complete ban on handguns in the U.S. 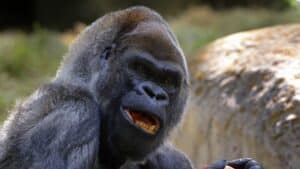