San Francisco to Pay High-Risk People Not to Shoot Others

A new program in San Francisco will pay high-risk individuals to not shoot anyone in an effort to combat the rising gun violence in the city.

“The Dream Keeper Fellowship will pay 10 individuals who are at high risk of being on either end of a shooting $300 each month to not be involved in such crimes,” Fox News reported.

“It’s not necessarily as cut and dry as folks may think,” Sheryl Davis, executive director of the Human Rights Commission, told Newsweek. “It’s not as transactional as, ‘Here’s a few dollars so that you don’t do something bad,’ but it really is about how you help us improve public safety in the neighborhood.”

However, as the San Francisco Examiner explained, individuals enrolled in the program could receive additional payments if they meet certain milestones, but they would start off “with a baseline of $300 a month without having to meet any marks.”

The fellowship has drawn further controversy from critics who have questioned the effectiveness of the $300 incentive. They have pointed out that the program requires the government to know if an individual has shot someone and avoiding the resulting prison sentence dwarfs the incentive of a $300 payment. Furthermore, since the program pays individuals to not be “on either end of a shooting,” critics contend that potential shooting victims are already quite incentivized to not be shot.

Proponents have also referenced a study that indicates a similar program’s success in Richmond, where they claim the enrollment of 21 individuals prevented a citywide spike in crime.

The fellowship will launch in October and is being rolled out by San Francisco’s Human Rights Commission and Office of Economic and Workforce Development. 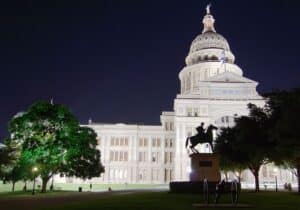