The center cost the city $22 million

A controversial drug treatment center set up in the middle of San Francisco by the city’s government has closed.

The Tenderloin Center was created in January of 2021 as a place for people to use drugs while being monitored by health workers in order to prevent overdoses. Ultimately, more than 100,000 visits were recorded. It officially closed on Dec. 4, after less than one year in operation.

The city hired more than 200 public health workers to support the Tenderloin neighborhood, where a high concentration of overdose deaths have been documented. At the time, the area was under a 90-day emergency declaration enacted by Mayor London Breed.

San Francisco’s Behavioral Health Director Dr. Hillary Kunins said on Dec. 5 that the center was always meant to be a temporary fix for an ongoing issue.

The mayor’s office has reported that the center, comprised of a fenced area and a grouping of white tents, cost the city $12 million to run. However, San Francisco’s health department took over during the second half of the year and projects the annualized cost of the center to be $22 million.

Health workers at the center reversed just over 300 overdoses but less than 1% of those who visited the center were connected with mental health or drug treatment, according to the San Francisco Chronicle.

In addition to drug-related services, the center offered meals, showers, and laundry services. It reported assisting 1,000 homeless people to access housing or shelters. An estimated 400 people used the center each day.

The closure of the Tenderloin Center has angered some wellness and advocacy group who believe the move has left thousands of people addicted to drugs without a resource.

“The overdose crisis is ongoing, and the hundreds of overdose reversals that have been performed at the Center demonstrate an undeniable need in San Francisco, and show how powerful these interventions can be,” said HealthRight360 in a Dec. 3 message. “These people will continue to use the drugs, only it will be in the ‘open air.’ With no guarantee of Narcan or other life-saving tools or monitoring, we absolutely guarantee there will be more deaths.”

The organization predicts that drug users and homeless people will now congregate in UN Plaza, which will lead to “complaints from neighbors and businesses, leading to heightened police presence, orders to ‘move on’ enforcement of ‘sit/lie’ laws, and even sweeps of the area.” 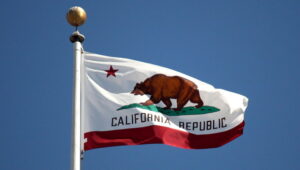