The armorer for the film “Rust,” the set where cinematographer Hylna Hutchins was killed in October, is partly blaming Alec Baldwin for failing to attend a training session.

On Wednesday, Hannah Gutierrez-Reed filed a lawsuit in a Bernalillo County, New Mexico court that claims Baldwin ignored a request to attend a “crossbow” session about a week before the tragedy.

According to the lawsuit, the rookie armorer also faulted assistant director David Halls for failing to follow set protocol when he allegedly handed Baldwin the weapon without first calling on her to inspect it.

Gutierrez-Reed is suing Seth Kenney and his company PDQ Arm and Prop LLC for allegedly supplying live rounds to the movie set. However, Baldwin is not named as a defendant in the suit.

The 24-page document is filled with details of the production having bitter disputes, carelessness, and anecdotes detailing a disregard for safety.

Gutierrez-Reed is the daughter of legendary film armorer Thell Reed.

She alleges that her father and Kenney worked together on a previous film in her suit. During that time, her father trained Kenney using live .45 caliber rounds. She claims Kenney took home about 300 rounds from that production and training.

After landing her position on the “Rust” set, the production secured the dummy rounds from Kenney’s company for production.

Two previous misfiring incidents involved another prop assistant and Bladwin’s own stunt double, occurring earlier during production. The incidents prompted Gutierrez-Reed to confront her colleague about the sloppy mistakes, the lawsuit said.

When she indicated her intentions of reporting the incident to management, it led to a very tense exchange with Kenney.

“Accidental discharges are accidents,” Kenney said in a text message. “We learn and move on, and don’t forget. She’s your boss. Don’t push it.”

Gutierrez-Reed said she arrived on set to find a prop assistant already in the prop trailer, retrieving firearms on the day of the shooting.

She also discovered an entire box of rounds labeled “dummy rounds .45 LC” that someone placed on her equipment bag, the lawsuit said.

She believes the box came from Kenney, and when she shook it, she heard a “jingling” sound which is what dummy rounds are supposed to sound like.

The lawsuit claims someone later handed the gun to Baldwin without calling on Gutierrez-Reed to inspect before use.

She said she tended to her duties as a prop assistant and abided by social distancing guidelines the morning of the shooting.

“Knowing that no gun scene was going on at that time according to Halls, and with awareness of COVID protocols and social distancing, Hannah then walked outside the church to prepare her fanny pack for scenes that afternoon and to do some of her prop duties,” the lawsuit said.

Within 15 minutes of the gun being handed to Baldwin, Halyna Hutchins was dead, and director Joel Souza had been shot in the shoulder.

Baldwin claims that he cross drew the firearm and, at Hutchins’ request, pointed the gun toward her before it “just went off.”

He has denied pulling the trigger.

The court filing said that the accidental discharge would never have happened if Halls had summoned Gutierrez-Reed to supervise.

“Had Hannah been called back in, she would have re-inspected the weapon, and every round again, and instructed Baldwin on safe gun practice with the cross draw, as was her standard practice on set and under circumstances where (1) Baldwin did not respond to Hannah’s request on October 15 to schedule cross draw training and (2) the gun had been out of her possession for 15 minutes.”

The text in question read: “Had you partnered up with a truly professional AD, none of this would have happened. That true professional would have supported your safe efforts. Instead, you got David ‘reckless’ Halls.”

The lawsuit added, “Seth suggested that AD Halls had essentially bullied Hannah and not allowed her to do her job safely. Seth stated that if she would shift blame to Halls, he would “have her back.”‘

Kenney also texted Thell Reed, Gutierrez-Reed’s father, to perpetuate claims that the shooting was an act of sabotage, according to the filing. 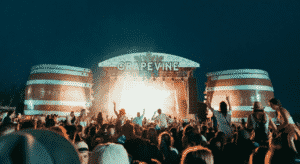