Increased financial sanctions on Russia, and the plunging value of its currency, may signal political unrest for Putin

The Russian Ruble dropped to a record low of less than 1 U.S. cent after Russia was cut off from the SWIFT global banking and payments system in response to the country’s invasion of Ukraine.

As a result, on Monday, the Russian national currency dropped more than 25% to 105.27/per USD, down from roughly 84/per USD on Friday.

The United States, Japan, and other Western countries decided on the removal over the weekend in an effort to impose additional sanctions against Russia.

Additional restrictions were placed on the Russian central bank to restrict access to more than $600 billion in reserves held by the Kremlin. The hope is that the sanctions will limit Russia’s ability to support its currency and result in economic strife for its leadership.

The ruble’s decline would likely send inflation soaring, impacting all Russians — not just the Russian oligarchs who were the targets of previous sanctions. If Saturday’s measures are as severe as described, the resulting economic disruption could leave Putin encountering political unrest in Russia.

Many predict intensifying runs on banks by locals and declining government reserves as Russians attempt to sell their failing currency for more unassailable assets.

The SWIFT financial messaging system facilitates billions of dollars of transactions by more than 11,000 banks and other financial institutions worldwide. The sanctions will essentially cut-off select Russian banks from conducting business via the system.

World leaders had considered the SWIFT sanctions back in 2014 when Russia invaded and annexed Ukraine’s Crimea. However, Russia asserted then that kicking it out of SWIFT would be the equivalent of a declaration of war. As a result, authorities decided against the sanction.

Since then, Russia has attempted to develop a proprietary financial transfer system with very little success.

The removal from SWIFT declared on Saturday was only partial. The move gives more room for Europe and the United States to increase such sanctions later. It is not known precisely which banks will be cut off. The aim of the sanction is targeted at restricting Russia’s financial inclusion in the world’s economy. 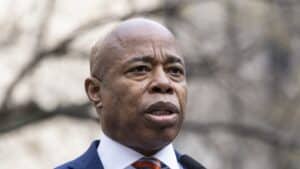