The President also said he was seeking to revoke Russia's 'most favored nation' status, and make international banking more difficult

On Friday, President Biden announced the suspension of normal trade relations with Russia, calling for a ban on Russian imports of seafood, vodka, and diamonds to ramp up economic pressure on Russia following the invasion of Ukraine.

Biden made his announcement in a press conference from the White House on Friday.

Biden said the US, the G7, and the European Union would call for revoking “most favored nation” status. The status, still held by Russia, is officially referred to as permanent normal trade relations (PNTR) in the US.

The PNTR status means two countries have consented to trade under the best possible terms. Changing Russia’s PNTR status will require approval from Congress, and the House is preparing the legislation.

“Revoking PNTR for Russia is going to make it harder for Russia to do business with the United States, and doing it in unison with other nations that make up half of the global economy will be another crushing blow to the Russian economy that’s already suffering very badly from our sanctions,” Biden said.

Biden went on to say, “Many issues divide us in Washington, but standing for democracy in Ukraine, pushing Russia’s aggression should not be one of those issues. The free world is coming together to confront Putin.”

The White House noted that the move would disrupt more than $1 billion in export revenues for Russia in the coming year.

Alongside the ban on Russian imports, the President will also sign an order ending the export of goods to Russia. The U.S. will no longer send Russia various goods, including spirits, tobacco, clothing, jewelry, cars, and antiques.

Biden’s decision and actions are also viewed as a step in removing methods for the country’s oligarchs to shelter their money, as they are already increasingly closed off from traditional financial avenues.

The move will be a significant blow to the Russian economy. According to the National Oceanic and Atmospheric Administration, the U.S. imported about $1.2 billion in seafood from Russia in 2021.

Approximately 30% of diamonds produced worldwide come from Russian mines. The United States is the third-largest buyer of Russian diamonds. The Alrosa Diamond Mine, which mines 90% of Russian Diamonds, was impacted by sanctions on Russian oligarchs imposed on CEO Sergei Ivanov. The ban has the potential to disrupt millions of dollars in revenue from the country.

During his press conference, Biden also stated that G7 leaders would pursue a sanction to ban Russia from borrowing from the International Monetary Fund and the World Bank. 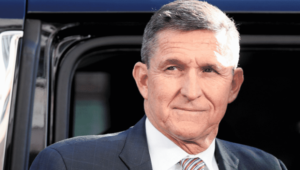