Russian Banks Being Removed from SWIFT

On Saturday, Russia was removed from a crucial global banking system as efforts to impose sanctions on the country expanded following its invasion of Ukraine last week.

Britain, the US, Canada, and the European Union announced select Russian banks would be excluded from the SWIFT global payments system in a coordinated move.

At the same time, the leaders of the nations said they would be imposing “restrictive measures” to stop the Russian Central Bank from deploying international reserves “in ways that undermine the impact of our sanctions.”

German Chancellor Olaf Scholz announced he was dropping his country’s opposition to removing Russian banks from SWIFT. The decision removed a significant obstacle that has previously inhibited the coordinated effort to impact Russia.

Germany and Italy both rely heavily on Russia for oil and gas imports. The two nations had been reluctant to pursue the removal.

British Prime Minister Boris Johnson said, “It is incredibly important for tightening the economic ligature around the Putin regime.”

“The horror of what is unfolding in Ukraine is becoming clear to Western audiences, and that, in turn, is putting huge pressure on Western politicians,” Johnson continued.

Banks that connect to the system and establish relationships with other banks can utilize SWIFT to make payments.

The SWIFT messages are secure, and payment instructions are honored without question. The security allows banks to process high volumes of transactions at speed, enabling transactions between foreign banking systems.

The removal came on the day Russia was expected to overtake the Ukrainian capital of Kyiv.

A statement issued by the White House said: “We, the leaders of the European Commission, France, Germany, Italy, the United Kingdom, Canada, and the United States condemn Putin’s war of choice and attacks on the sovereign nation and people of Ukraine.”

“This past week, alongside our diplomatic efforts and collective work to defend our own borders and to assist the Ukrainian government and people in their fight, we, as well as our other allies and partners around the world, imposed severe measures on key Russian institutions and banks, and on the architects of this war, including Russian President Vladimir Putin,” the statement continued.

The joint statement from the White House outlined multiple steps the coordinated effort will take to ensure the impact of the imposed sanctions on Russian banks.

“Specifically, we commit to undertake the following measures:

“First, we commit to ensuring that selected Russian banks are removed from the SWIFT messaging system. This will ensure that these banks are disconnected from the international financial system and harm their ability to operate globally.

“Second, we commit to imposing restrictive measures that will prevent the Russian Central Bank from deploying its international reserves in ways that undermine the impact of our sanctions.

“Third, we commit to acting against the people and entities who facilitate the war in Ukraine and the harmful activities of the Russian government. Specifically, we commit to taking measures to limit the sale of citizenship-so called golden passports-that let wealthy Russians connected to the Russian government become citizens of our countries and gain access to our financial systems.”

“Fourth, we commit to launching this coming week a transatlantic task force that will ensure the effective implementation of our financial sanctions by identifying and freezing the assets of sanctioned individuals and companies that exist within our jurisdictions.”

While it is widely believed that Putin will have factored Western sanctions into his calculations, the punitive actions towards Russia’s banking system will further impact its economy. 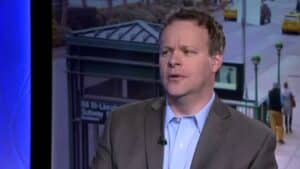