The head of Russia’s space agency has revealed the nation is leaving the International Space Station.

Dmitry Rogozin, the head of Roscomos, said in an interview reported by state media that “the decision has been taken already” and that Russia did not have to “talk about it publicly.”

“I can say this only — in accordance with our obligations, we’ll inform our partners about the end of our work on the ISS with a year’s notice,” Rogozin said, per Axios.

Rogozin said that the economic sanctions imposed on Russia by international world leaders following its invasion of Ukraine had motivated the government to bail out of the orbiting lab. The ISS was once considered a leading example of America-Russia cooperation.

Reports of Rogozin’s comments were compounded by a statement the official released on Twitter over the weekend.

“I believe that the restoration of normal relations between partners in the International Space Station and other joint projects is possible only with the complete and unconditional lifting of illegal sanctions,” he wrote.

At the end of last week, Rogozin had signaled that Russia would still use the ISS until at least 2024.

Rogozin has also alluded to Russia’s departure from the ISS on Twitter in February although his recent statements were dismissed by NASA.

“That’s just Dmitry Rogozin. He spouts off every now and then. But at the end of the day, he’s worked with us,” said NSAS Administrator Bill Nelson when asked to respond, per The Hill.

The strained relationship between the United States and Russia was notable when an American astronaut returned from a record-setting stay in space in March.

Mark Vande Hei landed in Kazakhstan after spending 355 days in space, more than any other American astronaut. He was accompanied on his return trip to Earth by two Russian astronauts.

During his time in space, the international community took action against Russia for its advances in Ukraine. Vande Hei said in a mid-March interview that he has avoided talking about the conflict with the Russian members of the ISS.

When the first all-private crew flew to the ISS in early April, they were given access to all but the Russian zones of the space station.

Russia’s decision means the nation will leave the iconic space laboratory during its final years in use. The ISS is set to be decommissioned and brought back to Earth during a controlled fall in January of 2031. The station has been in continuous use for two decades. 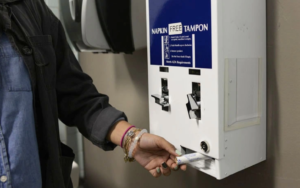