Russia Warns Americans Will Face Financial Blowback From US Sanctions

Despite the possibility of financial impact to Americans, President Biden has promised more sanctions if Russia continues to invade Ukraine

Russia cautioned that Americans would thoroughly feel the consequences of U.S. sanctions on the Kremlin enacted after deploying troops into two separatist regions of Ukraine.

Western leaders have been anticipating that Russia would retaliate against sanctions that Moscow said would hurt global financial and energy markets. President Biden acknowledged that the crisis in Ukraine could lead to higher gasoline prices. This week, the White House warned that U.S. businesses should prepare for possible cyberattacks.

Many foreign leaders have voiced concerns that Moscow would restrict energy and chipmaking supplies, impacting trade and driving prices much higher.

On Tuesday, a Russian official warned Germany, which has halted a significant pipeline project with Moscow, would be paying more than double for natural gas as a result.

According to White House data, trade between the U.S. and Russia totaled just $35 billion in 2019, 16 times smaller than the value of U.S.-China trade the following year. Russia is the 20th most significant supplier of U.S. goods and imports and the 40th largest export market for American-made products. Impacts on these trade relationships could directly impact the already surging inflation in the U.S.

Russia is a significant source of U.S. energy imports and a primary supplier for European nations. If the Russian energy trade is stifled due to sanctions, European countries may depend on America to compensate for fuel unavailable from Russia.

According to the U.S. Energy Information Administration, Russia was the third-biggest supplier of foreign petroleum for the U.S. in 2020, responsible for 7 percent of imported oil.

Experts point to changes in oil prices as the first palpable effect that could be felt due to the U.S. sanctions.

“What does that mean for kitchen table discussions in the U.S.?” posed Heidi Crebo-Rediker, a senior fellow at the Council on Foreign Relations. “As this escalates, as Putin rattles the geopolitical fabric to try and get his way, and then if we do end up having greater disruptions because of the U.S and Europe sanctioning Russia, then the most immediate economic translation will be through commodity price channels and specifically oil prices.”

Concerns about the economic impact of an invasion have also bombarded financial markets recently as investors cautiously watch an unstable market in the face of historical inflation. 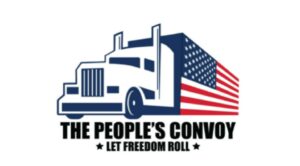 US Trucker Convoy Raises Over $300,000 Ahead of Wednesday's Departure