Russia has responded to the sweeping sanctions imposed by the US by sanctioning 13 Americans — including President Joe Biden and his son Hunter.

Russia’s Foreign Ministry said in a statement, which was translated to English, that the sanctions are an “inevitable consequence of the extremely Russophobic course taken by the current U.S. administration.”

Russia just sanctioned a bunch of US officials. They also included Hunter Biden and Hillary Clinton, among others 😂😂😂 pic.twitter.com/4znAzWCAKC

The ministry said that they are leaving the possibility open of sanctioning more Americans who are “Russophobic or contribute to inciting hatred towards Russia and the introduction of restrictive measures.”

“At the same time, Russia does not refuse to maintain official relations if they meet our national interests, and, if necessary, will solve problems arising from the status of persons who appear on the ‘black list’ in order to organize high-level contacts,” the translated statement continued.

Russia has sanctioned Joe Biden and a range of other top US officials.

The main impact of this is they can now make corny jokes on cable news about how they won’t be able to access their Russian bank accounts or go on vacation in Siberia, I guess pic.twitter.com/ZQWA0Mhg4R

“I want to thank the Russian Academy for this Lifetime Achievement Award,” the former First Lady wrote.

I want to thank the Russian Academy for this Lifetime Achievement Award. https://t.co/4og9S3OCEp

Hunter Biden previously held a very high salaried position on the board of one of Ukraine’s largest natural gas companies, Burisma — despite not having any experience in the sector. He had not responded to his placement on the list by the time of publishing. 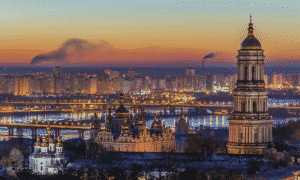