Russia Discusses Possible Use of Nuclear Missiles Amid Tension With NATO

Russia believes it is being threatened by NATO and has acknowledged the possibility that it will use nuclear missiles to defend itself.

Speaking with a Russian news outlet, Deputy Foreign Minister Sergei Ryabkov said the country would be forced to take the aggressive step of deploying nuclear missiles if it cannot make progress in its talks with the alliance.

Ryabkov said there were “indirect indications” that NATO was preparing to deploy intermediate-range nuclear forces.

“Lack of progress towards a political and diplomatic solution to this problem will lead to our response being of a military and technical military nature,” he said. “That is, it will be a confrontation. … Right now there aren’t any, we have a unilateral moratorium. We call for NATO and the U.S. to join this moratorium.”

Satellite images of increasing Russian military presence on its border with Ukraine alarmed several European countries. Analysts have estimated that as many as 175,000 troops could be housed at the border by early next year. Russia has denied its intentions to invade Ukraine.

Russian President Vladimir Putin asked for a guarantee that Ukraine will not be made a NATO member earlier this month.

“Intermediate-range nuclear forces (INF) in Europe were banned under a 1987 treaty agreed between Soviet leader Mikhail Gorbachev and U.S. President Ronald Reagan in what was hailed at the time as a major easing of Cold War tensions. Washington quit the pact in 2019 after complaining for years of alleged Russian violations,” per Reuters.

The statement from Ryabkov comes as European Union leaders discussed possible responses to the threat of an invasion from Moscow.

“Any aggression against Ukraine will come with political consequences and with a high economic cost for Russia,” he said in a statement following the meeting.

The EU is divided on the implications of Russia’s military build-up.

“France and Germany, and other members of the 27-country bloc further from Russia’s borders do not share the same assessment as the U.S., Poland and the Baltic countries of Estonia, Latvia and Lithuania. They acknowledge Russia’s troop movements but do not consider an attack imminent,” per ABC News.

The meeting was the first of two discussions about the issue scheduled for this week. A second meeting, evaluating any necessary actions from the collective, is set for Dec. 16. 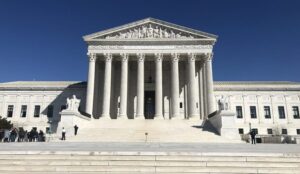