The Florida Gov. called on President Biden to “stand up” and help Cubans communicate with each other.

While speaking on the crisis in Cuba this week, Republican Florida Governor Ron DeSantis called on Cuba’s military to turn on the Cuban government and called on President Biden to “stand up” and help Cubans communicate with each other.

“The one thing that communist regimes fear the most is the truth. And if we’re able to help Cubans communicate with one another, also communicate to the outside world, that truth is going to matter. That truth, I think will be decisive,” DeSantis said. “And so Mr. President, now’s the time to stand up and be counted. I’ve never seen a community more unified than what we’ve seen here over the last nearly a week. So this is a time for choosing, this is a time to stand with the people who are seeking freedom from a brutal 62 year reign of communist oppression. And we’re happy to do whatever we can on the state level, to be able to assist the effort. This is not something that is as easy as saying, okay, next minute it will be on, but we absolutely can do it, if we get quick movement out of the White House. And so Mr. President, please heed the calls, stand with the people of Cuba in their hour of need.”

DeSantis later added, “The best role for military — the Cuban military — is to realize that time’s up, that you can’t keep doing the bidding of a repressive dictatorship that is not governing with the consent of the governed. And so clearly this is a dictatorship that is lost. Not that they ever had it, but clearly they don’t have the consent of the governed now.”

“And so I think that the best thing would be for those militaries, particularly some of the younger military folks to understand you can really be heroic in this,” he continued. “You can play an instrumental role in founding a free Cuba, refounding the country and a free Republic. And that will be something that will help millions of people. And that will somehow be something that will cause you to live in the history books.”

Last weekend, thousands of Cubans gathered to protest the socialist government of Cuba and its restrictions on liberty and the widespread poverty caused by its socialist policies. Many of the protestors waved the American flag while chanting American attributes like “liberty” and “freedom.”

Describing the protests, Florida Republican Lt. Governor Jeanette Nunez said, “For over 6 decades, the despotic Castro regime in Cuba has deprived its people of life and economic liberty. The images we are seeing from across the island are an outcry as shortages of basic necessities have become commonplace. As a Cuban-American, I stand in solidarity with the freedom-seeking people of Cuba calling for the end of the communist dictatorship. The Castro’s continued repression won’t keep the Cuban people from peacefully demanding their God-given rights. As Cubans risk everything in protest, Florida will continue to support out Cuban brothers and sisters who are fighting for freedom, democracy, and human rights.” 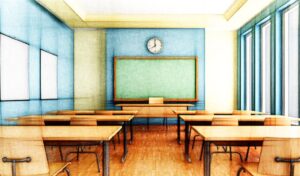 South Korea Does Not Have Enough Children to Fill Its Schools