The Supreme Court's decision to overturn Roe v. Wade led some to stock up on emergency contraceptive

National pharmaceutical retailers are limiting the sales of over-the-counter emergency contraceptive pills after demand skyrocketed following the end of federal protection of abortion.

Rite Aid, CVS, and Walmart have all introduced restrictions on the sales of products like Plan B after panic buying left the emergency contraceptive in short supply across the country.

Walmart will limit purchases of Plan B to four or six per customer starting this week.

“The retailer had some pills available without purchasing restrictions, but only for pills that would not ship until next month,” reports Fox LA.

Both CVS and Rite Aid introduced a three-per-customer limit on the product beginning on June 28.

“We have ample supply of Plan B and Aftera across all of our CVS Pharmacy stores and CVS.com. To ensure equitable access and consistent supply on store shelves, we’ve implemented a temporary purchase limit of three on these products,” said CVS spokesman Ethan Slavin in a statement to NBC News.

Walgreens, which temporarily sold out of the emergency contraceptive, has confirmed it does not currently have a restriction on purchases of the products.

“Walgreens is still able to meet demand in-store, including leveraging digital-first solutions like curbside pickup,” said Emily Hartwig-Mekstan, a spokeswoman for Walgreens, per Axios. “At this time, we are working to restock online inventory for ship-to-home.”

Cost Plus Drug Company, which is owned by entrepreneur Mark Cuban and does not accept insurance, is offering a number of emergency contraceptives at a significant discount, according to Fortune. The company launched in January.

The Supreme Court’s decision to overturn its 1973 decision in Roe v. Wade was made official on June 24, prompting scores of people to buy emergency contraception in bulk out of fear that it would become unavailable in their states. The court’s decision returned the right to regulate abortion to the individual states, leaving the practice protected in some parts of the country and prohibited in others.

The pills, sometimes referred to as “morning-after pills,” are designed to prevent pregnancy either by preventing ovulation, preventing egg fertilization or preventing a fertilized egg from implanting in the uterus. The high dose of the progestin hormone can be taken up to 72 hours after unprotected sex.

“The morning-after pill won’t cause an abortion once a fertilized egg has already implanted into the uterus,” notes the Willow Women’s Center in Wisconsin.

The pills differ from abortion pills, which are a two-pill regimen taken over the course of two days. Abortion pills are taken after conception and confirmation of pregnancy and stop the production of hormones that keep a fertilized egg attached to the interior of the uterus.

“Without these hormones, the uterus cannot support the pregnancy and the contents of the uterus are expelled,” states the Mayo Clinic.

According to Time Magazine, “abortion pills are already the most common way to end a pregnancy in the U.S., accounting for 54% of abortions in 2020.”

Emergency contraceptive is not considered a safe form of regular birth control. 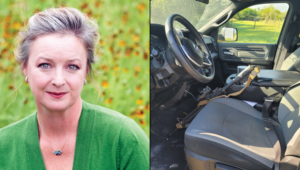