According to The Hill, the first RNC event took place on Saturday in Arizona where volunteers and staff registered Americans to vote. According to local media, the RNC plans to hold more events at local gas stations around Phoenix.

“There’s no doubt that everyone is feeling the pain at the pump, so a gas station right now may be the very best possible place for one of our volunteers to have a conversation with someone and get someone signed up to vote,” he added.

These #NCBoots went out to the gas station this morning to register voters and recruit new team members! Excited to see this grow out to more surrounding gas stations! #LeadRight pic.twitter.com/dYaZ8cv5CE

Michael Whatley, the chairman of the state’s Republican Party, shared his praise of the efforts on Twitter.

“Great to see the #NCBoots Team in the field. N.C. knows that Democrats’ energy policies have driven gasoline prices to record highs, and we need #GOP majorities in the House and Senate to unleash,” he tweeted.

Many lawmakers have blamed Biden for the surging fuel prices. The rising fuel costs have become a marker for the 40-year spike in inflationary impacts.

According to the American Automobile Association, gas prices nationwide hit a record high, with the national average price on March 11 reaching $4.33 per gallon.

Biden has warned that energy prices will increase as the U.S. continues to ban Russian oil imports.

On Thursday, a poll by Monmouth University indicated that Republican voters are more likely than Democrats to say that increasing fuel prices have caused “a great financial hardship.” The survey showed that 61% of Republican voters supported that view compared to only 21% of Democrats and 31% of Independents.

Biden has blamed the price increase on Russian President Vladimir Putin, calling the surging prices “Putin’s price hike” and citing that his “war is hurting American families at the gas pump.” 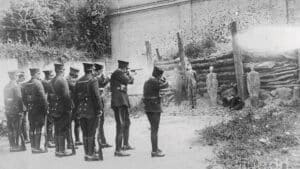