A group of 37 Republican lawmakers are demanding Joe Biden take a “cognitive test” to prove the Commander-in-Chief is not in “mental decline.”

The legislators’ request comes as polling shows a growing number of Americans are increasingly concerned with Biden’s fitness for office.

“My colleagues and I are again asking President Biden to immediately undergo a formal cognitive screening exam, such as the Montreal Cognitive Assessment (MOCA),” writes Rep. Ronny Jackson of Texas.

“As a former physician to three Presidents of the United States, I know what it takes mentally and physically to execute the duties of Commander-in-Chief and Head of State,” Jackson continued. “Joe Biden has continually proven to me and to the world that something isn’t right. The American people deserve to have absolute confidence in their President’s cognitive ability.”

“This is not a partisan issue. When I discussed taking a cognitive test with President Trump, he was eager to assure the American people and to put the fake news media’s stories to bed,” he wrote. “Why won’t President Biden do the same?”

“We can only assume the worst if he doesn’t submit to the same standard that his own party demanded of the last Administration,” he added. “The precedent has been set.” 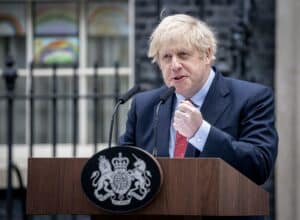