Republican Idaho Governor Brad Little has vetoed legislation that would have placed a one-year moratorium on businesses requiring COVID-19 vaccinations for employment.

The bill, known as the Coronavirus Pause Act, was intended to prevent unvaccinated individuals from being “treated differently or discriminated against.”

Governor Little claimed that he was vetoing the bill to protect private businesses from government overreach.

“I am vetoing this legislation because I am a lifelong advocate of limited government, and Senate Bill 1381 significantly expands government overreach into the private sector,” Little wrote in the letter announcing the veto. “I have been consistent in stating my belief that businesses should be left to make decisions about the management of their operations and employees with limited interference from government.”

Owners of businesses that violated the legislation would have faced a misdemeanor punishable by a fine of up to $1,000.

Businesses that receive Medicare or Medicaid funding, and existing contracts, would have been exempt.

Due to an emergency clause in the bill, it would have went into effect immediately upon being signed into law and expired one year after the state’s emergency declaration is scheduled to end.

The bill had passed mostly along party lines and did not have the numbers to override a veto.

“Lawmakers are set to reconvene on Thursday, when they’ll consider the governor’s action. The bill passed the House on March 18 on a 45-23 vote, which falls short of the two-thirds margin required to override a veto; it passed the Senate March 15 on a 24-11 vote, which is just over two-thirds,” the Idaho State Journal reports. 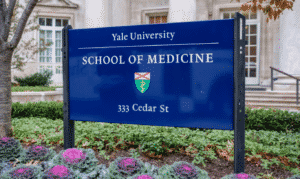