Representative Ashley Hinson is demanding United States Border Patrol explain why a suspected terrorist was released into the country after being in federal custody.

Isnardo Garcia-Amado was apprehended by Immigration and Customs Enforcement at the southern border near Yuma Arizona on April 18.

The Colombian was then released from detention and given a GPS monitoring device.

On April 21, Garcia-Amado was flagged as a match to the terror watch list by the Federal Bureau of Investigation’s Terrorist Screening Center.

ICE was not authorized to arrest Garcia-Amado until May 4. He was apprehended in Pinellas County, Florida, and transferred to ICE custody on May 9, according to Fox News.

“Garcia-Amado should have never been let into the country in the first place — he immediately should have been considered a threat to national security and detained for deportation,” stated Hinson. “The Administration’s failure to properly vet and detain him endangered Americans.”

Hinson expressed her “grave concern” for the “state of our southern border,” “the policies of this Administration” as well as “the security of our country.”

The representive laid the blame largely on President Joe Biden. She cited his refusal “to enforce our laws” and the reinstatement of “catch and release” as serious threats to national security.

“Criminals have been allowed to stay because this Administration has turned a blind eye,” Hinson wrote. “This is a direct consequence of bad policy foist[ed] upon agents by this Administration — priorities and policies that are endangering Iowans and all Americans.”

Iowans were rocked when an illegal immigrant stabbed Mollie Tibbetts — a 20-year-old University of Iowa student who went out for a jog — to death in 2018. Cristhian Bahena Rivera, 24, was convicted of first-degree murder in August of 2021 and was sentenced to life in prison.

“This situation was easily avoidable, and that is the worst betrayal to the American people,” the representative wrote of Garcia-Amado’s release.

The letter includes a list of 11 questions for the ICE, CBP, and FBI leaders to answer along with a 30-day deadline.

Garcia-Amado, 35, is believed to be a member of anti-government groups in his home country, but the details of his terrorist affiliations have not been made public, per National Review.

In an interview, the governor said that his government has repeatedly asked “the Biden Administration for information on illegal alien resettlement in Florida, which the federal government has declined to provide.”

“We demand to know why DHS released a suspected terrorist into the United States and allowed him to live freely in Florida for weeks,” said DeSantis. “How many more known or suspected terrorists has the Biden administration allowed into our country?” 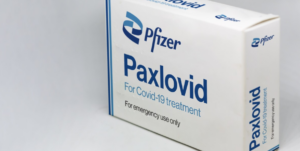