The FDA requested 55 years to release data concerning the coronavirus vaccine, but it is now being requested in 100 days.

South Carolina Republican Rep. Ralph Norman made a move to introduce legislation Thursday that might force the Food and Drug Administration to release all documents relating to the coronavirus vaccine within the next 100 days.

The legislation is in response to a request made in October by the FDA to delay the release of data on COVID vaccines for up to 55 years.

“How does a vaccine that receives approval in 108 days now require 55 years just to release information? It sounds like the beginning of a very bad joke.” said Norman in a recent interview. “The FDA’s only priority should be the health and safety of consumers. If the Biden administration is hell-bent on forcing these vaccine mandates on us then the public has every right to know how and why this vaccine got approved in such a short amount of time.”

In September, a group of 30 scientists and medical professionals from the Public Health and Medical Professionals for Transparency (PHMPT) sued the FDA after the agency refused to expedite a request for vaccine data filed under the Freedom of Information Act (FOIA). The PHMPT comprises officials from ULCA, Brown University, Yale University and various international institutions.

The aforementioned FOIA request was submitted to the federal agency after the FDA approved the Pfizer vaccine for children ages 16 and up in August.

PHMPT and its supporters argued that releasing data relating to the vaccine would help satisfy skepticism of the vaccine’s safety and encourage further vaccinations.

“Reviewing this information will settle the ongoing public debate regarding the adequacy of the FDA’s review process,” as stated in the court filings. “Releasing this data should also confirm the FDA’s conclusion that the Pfizer vaccine is safe and effective and, thus, increase confidence in the Pfizer vaccine.”

However, Justice Department lawyers representing the FDA disagree, arguing the plaintiff’s request includes more than 329,000 pages of documents. They have stated that all such documents need to be scrubbed to ensure “trade secret[s]” are not released to the public.

“The FDA does not have the personnel or resources in its FOIA office to process plaintiff’s FOIA request at a rate of more than 80,000 pages per month,” the FDA’s defense argued.

In court documents filed last month, the DOJ said the FDA’s branch responsible for reviewing and releasing the pages to the PHMPT has only 10 employees who are currently juggling more than 400 pending requests.

The FDA has since proposed that 500 pages a month be released as a compromise, which means if the federal judge agrees to the terms of the FDA, the PHMPT can expect to receive the entirety of the information it seeks by the year 2076. 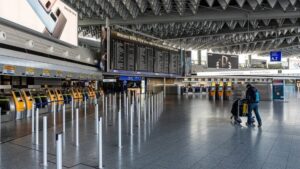