Rep. Marjorie Taylor Greene has announced that she has introduced articles of impeachment against Attorney General Merrick Garland.

The congresswoman referred to Garland’s authorization of the raid at former President Donald Trump’s residence as a form of political persecution.

“What they’ve been doing to President Trump is political persecution,” Greene said while speaking to reporters before going inside to file the articles of impeachment. “Merrick Garland has abused his position of power as Attorney General to politically persecute Joe Biden’s enemies — and the whole purpose of this is to prevent President Trump from ever being able to hold office.”

I just filed articles of impeachment against Merrick Garland. pic.twitter.com/WbNDWjItr3

Rep. Greene tweeted a copy of the resolution on August 12.

The resolution adds that the House of Representatives “shall have the sole Power of Impeachment” and that the Attorney General, as a civil officer of the United States, “shall be removed from Office on Impeachment for, and Conviction of, Treason, Bribery, or other high Crimes and Misdemeanors.”

In Article II, Greene’s resolution states that the Supreme Court, in Department of the Navy v. Egan, that the President has the power to control the classification and declassification of documents pertaining to national security.

The Executive Vesting Clause of the Constitution, according to Greene, grants the President the authority to declassify documents in the public interest “that originated in any department or agency of the executive branch, pursuant to Executive Order 13526.”

Therefore, the documents in question, she argues, were “legally declassified” and therefore no crime was committed by the former president.

Greene additionally alleged in the document that Garland’s efforts to unseal the search warrant for Trump’s residence “constitutes an attempt to intimidate, harass, and potentially disqualify a political challenger to President Joseph R. Biden, Jr.”

The lawmaker added that Garland’s actions “run counter to the steps that employees of the executive branch must take to avoid ‘an appearance of loss of impartiality.'”

The FBI, with Garland’s approval, conducted a search of Trump’s residence at the Mar-a-Lago resort in Palm Beach, Florida, on Monday.

On Thursday, Garland held a press conference to announce that due to “substantial public interest in this matter” he wanted the search warrant and record of seized property to be unsealed by the court.

On Friday, the warrant and property receipt were unsealed. The log included 11 “Top Secret” and other classified documents.

Trump has claimed that all of the seized documents were declassified. 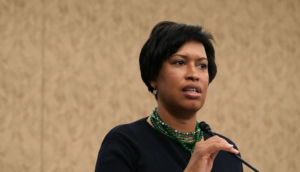