The Decision Desk called the race for Edwards at 10:01pm EDT.

The primary was being closely watched as another indicator of former President Donald Trump’s “kingmaker” standing within the Republican Party after he endorsed Cawthorn for a second term.

Congressman Madison Cawthorn just came out to address supporters at his election night party in Hendersonville @NBCNews. Race is still too close to call but he’s trailing behind State Senator Chuck Edwards. No matter what, there won’t be a runoff here. pic.twitter.com/r7FyaBxKjS

The freshman representative was facing several primary challengers amid a slew of scandals.

“Madison Cawthorn has fallen well short of the most basic standards Western North Carolina expects from their representatives, and voters now have several well-qualified candidates to choose from who would be a significant improvement,” Tillis said in his endorsement of Edwards.

A super PAC affiliated with Tillis, Results for NC, spent over $1.4 million on ads attacking Cawthorn and promoting Edwards.

Former President Donald Trump, however, urged his supporters to give Rep. Madison Cawthorn “another chance.”

Trump had previously endorsed Cawthorn in March, but the congressman has been embroiled in scandals in the months leading up to the primary.

The attacks and scandals included a liberal group suing to get him removed from the ballot over comments he had made about January 6, repeated leaked images — some of them graphic, being cited for bringing a gun with him to an airport, and getting caught driving with a suspended license.

Cawthorn responded to the leaked materials by referring to them as “jokes” that were being taken out of context and used to “blackmail” him.

“A new hit against me just dropped,” Cawthorn said in a statement after the video was released. “Years ago, in this video, I was being crass with a friend, trying to be funny. We were acting foolish, and joking. That’s it. I’m NOT backing down. I told you there would be a drip drip campaign. Blackmail won’t win. We will.”

I guess the left thinks goofy vacation photos during a game on a cruise (taken waaay before I ran for Congress) is going to somehow hurt me?

They're running out of things to throw at me…

Share your most embarrassing vacay pics in the replies🤦‍♂️https://t.co/YicRk0Albu

Cawthorn also drew fierce condemnation from Democrats, and some members of his own party, after he called Ukrainian President Volodymyr Zelenskyy a “thug.”

In a post to his own social media platform, Truth Social, Trump recalled the car accident that left Cawthorn paralyzed as a teenager and said that “he made some foolish mistakes, which I don’t believe he’ll make again.”

“At 18 years of age, Madison Cawthorn, the now 26 year old Congressman from the Great State of North Carolina, went through a life changing event the likes of which, fortunately, few people will ever have to endure,” Trump said. “In just seconds, he lost the use of the lower half of his body, a traumatic experience to say the least. When Madison was first elected to Congress, he did a great job. Recently, he made some foolish mistakes, which I don’t believe he’ll make again…let’s give Madison a second chance!”

Edwards will now face off against Democrat Cheri Beasley, the former chief justice of the North Carolina Supreme Court, in the midterm election.

Editor’s Note: This article previously stated that the race may go to a runoff. It does not appear that there will be a runoff election as of 10:20 p.m. EST. 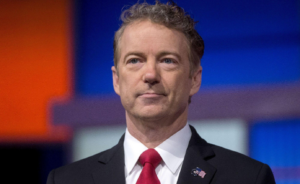