One physician reviewing the remains said it 'looks like he should have been in the nursery,' when she viewed the disturbing images

On Thursday, five human fetuses were discovered in the Washington D.C. home of anti-abortion activist Lauren Handy, and experts have raised concerns that the aborted babies were potentially “viable, premature people.”

Handy, the 28-year-old director for the anti-abortion group Progressive Anti-Abortion Uprising (PAAU), was taken into custody following the discovery.

The D.C. Metropolitan Police Department found the fetuses inside Handy’s home after a tip was received from a lawyer working with her.

The department has said that the fetuses appear to have been aborted following D.C. law, but they have not conducted an autopsy to determine if they were born alive.

DC police and medical examiner must conduct proper medical examination of the five children to determine manner of death immediately. Anything less is serious dereliction of duty. #JusticeForTheFive

“There doesn’t appear to be anything criminal about that — except for how they got into that house,” said Ashan M. Benedict, Police Executive Assistant Chief of Police.

The laws in question are the Partial-Birth Abortion Act and the Born Alive Infants Protection Act.

The fetuses were recovered from a reproductive clinic run by Dr. Cesare Santangelo. Santangelo was captured on video by Live Action News in 2013, saying that he does not provide life-saving care for viable, premature babies born after a failed abortion.

“We would do things – we would – we would not help it,” he told the undercover investigator.

Watch D.C. abortionist Cesare Santangelo tell our undercover investigators that he would make sure babies "do not survive" if they were born alive at his facility.

This must be firmly rejected by our great nation.

The freest, most prosperous nation in the world must do better. pic.twitter.com/yyJcx9yc2a

Lila Rose, the founder of Live Action, a pro-life news source, said Friday, “The discovery of these bodies is horrific and disturbing evidence of the infanticide that may be occurring in this clinic within our nations’ capital.”

The five bodies recovered, according to experts who spoke to Live Action, were of viable size and development from gestation that they could have possibly survived if offered life-saving measures.

A video of the recovered remains was shared by Live Action on Friday.

The largest was a male who appeared to be about 28-32 weeks of age. He was fully developed, with an infant-like appearance.

Two physicians, one of which is a former abortion provider, told Live Action on Friday they believed the baby appeared healthy, fully intact, and viable.

Dr. Kathi Aultman said he “appears to be in the 3rd trimester near term and looks like he should have been in the nursery.”

Dr. Patti Giebink told the outlet that she couldn’t “believe they would abort a nearly full-term baby unless there was something terminally wrong with the baby, but it doesn’t appear so.”

One of the female babies was seen with her right eye open, significant head damage, and the rest of her body relatively intact. This baby appears to have been about 28-30 weeks of age.

Dr. Aultman believed that if this baby were alive when the procedure began, the provider would have committed an illegal partial-birth abortion. In such procedures, the baby is partly delivered before a doctor ends the baby’s life.

Multiple other bodies showed evidence of a dilation and evacuation (D&E) abortion, which commonly entails ripping the body apart before crushing the skull with a medical instrument. These bodies included a female who appeared to be about 26-28 weeks of age.

Another appeared to have been aborted via induced labor. This is a procedure where chemicals such as digoxin are injected, or the fetal cord is cut before delivery to end the child’s life. This child was still fully intact in the amniotic sac and appears to be a late second or early third-trimester baby.

Dr. Kendra Kolb, a neonatologist, told Action News, “Even if all of these babies were aborted ‘legally,’ it is without question and crystal clear to see that this practice is neither ethical nor empowering to women. This is the American horror story that we call ‘choice’ on full display for all to see.”

According to an email sent by PAAU to its supporters, the group will hold a press conference to discuss the details surrounding Thursday’s arrests and the remains recovered on Tuesday at 11:00 AM EST. 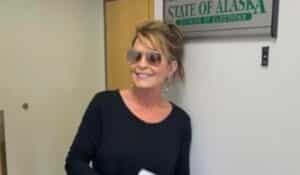