Ray Liotta, star of the lauded mobster epic Goodfellas, has died at age 67.

No apparent cause of death has been reported as of yet.

The Newark native was in the Dominican Republic, where he was in the middle of filming director John Barr’s second feature, Dangerous Waters.

Liotta’s untimely passing follows on the heels of the new film’s pitch at the 2022 Cannes Film Festival, where investment giant Capstone Global introduced the project to potential buyers. Liotta was set to star in Dangerous Waters alongside Odeya Rush of 2022’s Umma, Saffron Burrows of Netflix original You, and Eric Dane of HBO Max drama Euphoria.

Since news of Liotta’s passing broke, thousands are commemorating his life and work online.

Goodfellas actress Lorraine Bracco posted a picture with her late co-star on Twitter, saying, “I am utterly shattered to hear this terrible news about my Ray. I can be anywhere in the world & people will come up & tell me their favorite movie is Goodfellas. Then they always ask what was the best part of making that movie. My response has always been the same…Ray Liotta.”

Alessandro Nivola, who starred with Liotta in last year’s crime drama The Many Saints of Newark, also posted his reaction to the loss: “RIP Ray Liotta. I feel so lucky to have squared off against this legend in one of his final roles. The scenes we did together were among the all time highlights of my acting career. He was dangerous, unpredictable, hilarious, and generous with his praise for other actors. Too soon.”

“I’m really sad to hear that Ray Liotta has passed away. He was an friend back in the day and it’s very sad. We had a lot of laughs,” tweeted Pulp Fiction star Rosanna Arquette.

Liotta will be mourned by his fiancé, Jacy Nittolo, and his daughter, Karen. 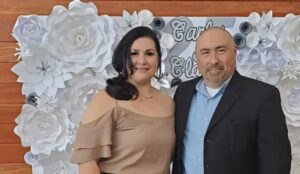