Rapper Rick Ross Will Not Drive a Tesla Due to Fear Government Will Override Car, Take Him to Police

Rapper Rick Ross claims he will never ride in or drive a Tesla due to concerns that the government could hack the car and drive him to the police against his will.

The Maybach Music Group founder and CEO posted a video on Instagram on Jan. 24 where he explained why he’s opposed to using any of Elon Musk’s electric vehicles.

He muses that an imaginary officer might ask, “OK, where’s Rick?” Then, after typing in some instructions, he’d say, “He’s over there. Nah, bring him in for questioning.’”

At this point in the video, he mimicks the sound of a car speeding away.

“N—-, like, where I’m going? It’s leaving WingStop before the wings [are delivered]. You pull up to the [police] building and the agent walk out: ‘Hey, Rick.’”

Though Ross plays out the hypothetical scenario in a humorous way, his speculation is not beyond the realm of possibility — at least in terms of a Tesla being hackable by an outside source.

Cybersecurity firm NCC Group conducted research in 2022 proving that a hacker could exploit Tesla’s bluetooth technology to unlock and drive the car.

“NCC Group researcher Sultan Qasim Khan was able to open and then drive a Tesla using a small relay device attached to a laptop which bridged a large gap between the Tesla and the Tesla owner’s phone,” Reuters reported.

“This proves that any product relying on a trusted BLE connection is vulnerable to attacks even from the other side of the world,” the firm said in a statement.

BLE, or Bluetooth Low Energy, refers to a form of technology that utilizes an authorized device to open cars and smart locks.

“This research illustrates the danger of using technologies for reasons other than their intended purpose, especially when security issues are involved,” researchers added.

For Ross, the prospect of an unwanted run-in with law enforcement is cause for concern.

In 2017, Ross was on trial for kidnapping, aggravated assault, aggravated battery and several other charges related to an alleged pistol-whipping of a groundskeeper. The rapper ultimately struck a plea deal for time served (one week in jail) plus a $10,000 fine, TMZ reported.

A car enthusiast, the rapper hosted “Rick Ross Promise Land Car & Bike Show” at his Georgia mansion last year to show off his fleet of over 100 vehicles.

Ross, who only obtained a driver’s license last year at age 45, has a Ferrari 458 Italia, a 488 Spider, a Lamborghini Murciélago, a Maybach 57S, and a camo-painted military personnel carrier van upholstered in Louis Vuitton leather in his collection. 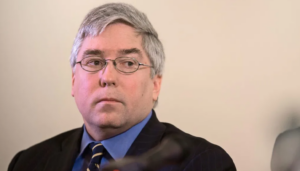