R&B Singer R.Kelly was convicted of all nine counts in his sex trafficking trial.

The nine counts against him include racketeering and violations of the Mann Act. The singer, whose legal name is Robert Sylvester Kelly, was accused of targeting, grooming, and abusing young women and men in addition to bringing people across state lines for sexual exploitation.

He was also accused of bribing a government employee in 1994 to ignore then-15-year-old R&B singer Aaliyah’s age so he could marry her. He was 27 at the time of their wedding.

“Aaliyah was just 14 years old when she came out with her first album, ‘Age Ain’t Nothing but a Number,’ which was produced by Kelly and released in 1994,” reports The Sun. “The album went platinum and went on to sell over a million copies. After their marriage was annulled, Aaliyah refused to talk about their relationship.”

Aaliyah, who died in a plane crash in August of 2001, was listed as Jane Doe #1 on federal indictments

The jury, comprised of seven men and five women, returned a unanimous verdict after nine-hour of deliberation spread over the course of two days.

Following the verdict, U.S. Attorney Jacquelyn Kasulist said, “To the victims in this case, your voices were heard, and justice was finally served. No one deserves what they experienced at his hands. Or the threats and harassment they faced.”

“Today’s verdict brings an end to Robert Kelly’s decade-long reign of terror over many vulnerable girls, boys and young women. With this verdict, it is my sincere hope that it will also begin the healing process for these brave survivors,” said Homeland Security Special Agent Pete Fitzhugh on Monday after the verdict was announced.

“This case is not about a celebrity who likes to party a lot,” she said.

“Prosecutors from the Eastern District of New York called a parade of witnesses who testified about the abuse the disgraced singer subjected them to,” per The New York Post.

Kelly’s defense team argue that they were “hysterical fans” who were “obsessed with Kelly” and lying to the court because they were rejected by him.

The 54-year-old, who told Gayle King in a 2019 interview that he was “fighting for my f—ing life,” did not take the stand in his own defense.

His attorney, Deveraux Cannick, announced he will appeal the verdict.

The “I Believe I Can Fly” singer is scheduled to be sentenced on May 4, 2022. He faces additional charges in Minnesota for engaging in prostitution with a minor and in Illinois for child pornography and obstruction. 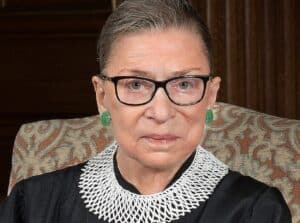