On Saturday, Queen Elizabeth II offered her support to have the Duchess of Cornwall become Queen Camilla during a special Platinum Jubilee message, shaping the future of the British monarchy.

The 95-year-old Queen shared her vision for the institution’s transition in a message as she reached the 70th anniversary of her accession to the throne.

The Queen expressed a “sincere wish” that Camilla be known as “Queen Consort” when Charles, the Prince of Wales, succeeds her to the throne.

“When, in the fullness of time, my son Charles becomes king, I know you will give him and his wife Camilla the same support that you have given me,” the Queen wrote. “And it is my sincere wish that, when that time comes, Camilla will be known as Queen Consort as she continues her own loyal service.”

According to a spokesperson, following Saturday’s announcement, Prince Charles and Camilla announced they were “touched and honored by Her Majesty’s words.”

At the time of their marriage, royal aides had suggested that Camilla was not planning to be called Queen. Instead, she intended to be known as Princess Consort. The title would be a first in British history.

The Queen’s announcement is an effort to ensure a smooth transition as she navigates the last period of her reign.

“This is the most extraordinary message. The Queen is ensuring the transition, when it comes, to her son as king is as seamless and trouble-free as possible,” Peter Hunt told the Press Association. “She’s future-proofing an institution she’s served for 70 years. And for Camilla, the journey from being the third person in a marriage to queen-in-waiting is complete.”

Elizabeth ascended to the throne on February 6, 1952, following her father’s death. King George VI died at age 56, leaving his daughter as the heir to the throne when she was only 26-years old. 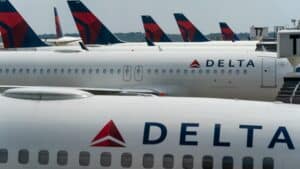