White House Press Secretary Jen Psaki was pressed by reporters to explain why the visitor logs from President Joe Biden’s homes in Delaware have not been released.

Biden has spent more than 25% of his presidency in his home state — a total of 101 days.

During a press briefing on Jan. 18, The New York Post asked Psaki if the White House still intended to not release the Delaware visitor logs in light of the amount of time Biden spend there.

“Will the White House be reconsidering the decision not to release visitor log information from his Delaware residences?” asked The Post.

Psaki seemed to deflect the question with her initial response — an explanation of the sentimental nature of state for the president.

“Well, the president goes to Delaware because it’s his home. It’s also where his son and his former wife are buried. And it’s a place that is obviously close to his heart,” she said.

Psaki then added, “A lot of presidents go visit their home when they are president. We also have gone a step further than the prior administration, and many administrations, in releasing visitor logs of people who visit the White House and will continue to do that.”

In August, Psaki told reporters at the White House that the visitor logs would not be made public. She cited the privacy of the president’s family.

“I can confirm we are not going to be providing information about the comings and goings of the president’s grandchildren or people visiting him in Delaware,” Psaki said.

Biden has a home in Wilmington as well as a residence in Rehoboth Beach. He spent one out of every four days in East Coast state last year, making frequent weekend trips.

“It’s a short jaunt that requires a massive operation involving security contingents, press pools, helicopters and buses,” notes AP News. The outlet said the president “keeps the schedule of a senator: He’s often late to events and likes to get out of town on the weekends, returning home to Delaware.”

Biden has described the White House as a “gilded cage” during an interview last year with CNN.

Of the 52 weekends in 2021, Biden was in Delaware for 26 of them. He spent 13 at Camp David, the Maryland presidential retreat.  Biden was at the White House for 10 weekends last year.

The decision to keep the visitor logs a secret furthered criticism of the Biden administration, which pledged to be the most transparent administration in the nation’s history.

Despite this promise, Biden has notably given fewer interviews and held fewer press conferences than any of his predecessors.

The White House has also declined to disclose several major meetings that later were uncovered.

“Last year, records showed that the brother of a top adviser to the president had lobbied the National Security Council for a major automaker,” reposts The Washington Examiner.

Biden is scheduled to hold the second solo press conference of his administration at the White House on Jan. 19, the last day of the first year of his presidency. 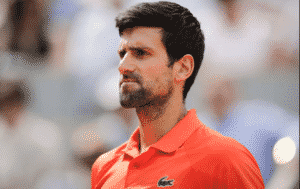 Spain Wants Djokovic to Lead By Example And Get Vaccinated