More than half of young people in the country disapprove of the job Joe Biden is doing as president.

Overall, the new poll found that Biden’s approval rating has declined to 33% as frustration among voters increases.

The Quinnipiac Poll found that 54% of Americans between the ages of 18 and 34 disapprove of Biden’s handling of the presidency. Just 22% of the same age group approves of Biden. Republican and Democrat voters over the age of 65 are the most likely to support the current president, with 43% approval and 52% approval, respectively.

Young voters have become increasingly disenchanted with Biden during his time in office. In December 2021, a Havard Youth Poll found that Biden’s approval rating between 18- to 29-year-olds had dipped to 46% – a 13% decrease from the poll’s April 2021 results.

While accepting his nomination from the Democratic National Party, Biden said young Americans faced the “existential threat posed by climate change, the daily fear of being gunned down in school, or the inability to get started in their first job .”

With rising inflation and unfulfilled promises to forgive student loan debt, Biden is now even less liked by the demographic he attempted to court.

As noted by Vox:

“The current inflationary spike is the first time many millennials and Gen Zers are confronting this kind of economy. Coupled with rising rent, debt, and ultra-hot housing markets in the country’s 20 largest metropolitan areas, the current affordability crisis is hitting young people especially hard: In part due to the last recession, millennials were already a lost generation financially, and Gen Zers both graduating into a recession and dealing with a pandemic economy saw higher rates of job instability, causing them to dip into their savings more than older generations.”

Gen Z and millennials have the capacity to be one of the most significant voting blocs in national politics, with more than 65 million eligible voters in total.

“Without a significant correction to his leadership, Mr. Biden risks suffering a similar fate and his approval rate will only plummet further, allowing the GOP to retake the White House in 2024,” notes The Express UK.

The poll also asked, “If the election were today, would you want to see the Republican Party or the Democratic Party win control of the United States House of Representatives?”

While Democrats and Republicans responded in favor of their own party, independent voters narrowly favored the GOP (40%) over the Democratic Party (38%) taking control of the House during midterms. 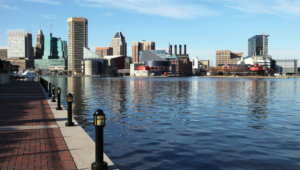