Poll: Inflation Top Concern for Over 90% of All Voters

New polling data from Rasmussen Reports shows that American voters are most concerned with economic issues heading into the 2022 midterms.

This data was not broken down by party and included all likely voters.

The next three most important issues were: cheating in elections (75 percent), illegal immigration (66 percent), and climate change (64 percent).

When stratified by party, the top five issues for Republicans ranked as:

The top five issues for Democrats ranked as:

This polling data was captured the same week the Federal Reserve increased its benchmark rate by 75 basis points, the largest rate hike since 1994. Typically, the Fed moves rates in 25 basis point increments. The sharp increase in June is in response to rapid levels of inflation the United States is seeing across all sectors.

“Inflation remains elevated, reflecting supply and demand imbalances related to the pandemic, higher energy prices, and broader price pressures,” the Fed said in a statement. “The Committee seeks to achieve maximum employment and inflation at the rate of 2 percent over the longer run. In support of these goals, the Committee decided to raise the target range for the federal funds rate to 1‑1/2 to 1-3/4 percent and anticipates that ongoing increases in the target range will be appropriate.”

The rate increase means that the cost of any interest bearing debt will be higher. This includes credit card, installment loan and mortgage payments will rise. Higher rates also mean reduced purchasing power for anyone looking to buy a home.

The margin of sampling error is +/- 3 percentage points with a 95% level of confidence. 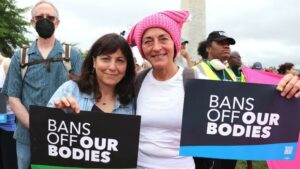