A survey from CNN shows President Biden’s approval rating falling to 41% with 58% of voters disapproving of his job performance.

The poll also revealed a majority of Americans find it hard to list a single accomplishment attributed to Biden since he assumed office in January 2021.

“I’m hard pressed to think of a single thing he has done that benefits the country,” wrote one survey respondent.

“The President’s ratings have fallen across the board, the survey found. Just 41% approved of the way he’s handling his job while 58% disapproved, a significant drop from his approval numbers in CNN polling last year. Just 36% of independents and 9% of Republicans approved. Although his approval rating still stood at 83% among Democrats, that was down from 94% late last summer. Biden also continues to have more strong detractors than he does fervent supporters: 41% of Americans disapproved strongly of his performance as President versus 15% who strongly approved. Some of the shift in Biden’s numbers comes from a change in Americans’ partisan tilt: Republicans and Democrats were about at parity in the new poll, with fewer identifying as Democrats than in other recent CNN polling,” writes the news network.

The polling comes just hours after new data from the federal government showed inflation rising 7.5% in January compared to last year, the fastest pace since 1982. 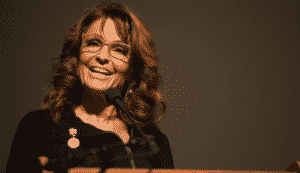