‘Multiple vehicles and fuel have been seized,’ police said, as they extend their efforts to end the Freedom Convoy

The show of force came hours after a state of emergency was declared over the city due to the ongoing demonstration.

A group of armed police and firefighters pushed into a parking lot at the Ottawa Baseball Stadium on Coventry Road Sunday evening. The group seized about 845 gallons of fuel stored in the parking lot.

“They swooped in, it sounds like, quite quickly and took all the propane and all the fuel and left, in a very big show of force,” reported CTV News Ottawa chief anchor Graham Richardson. “Some of the truckers are quite angry, started yelling at me. They’re clearly not happy.”

The stadium near Parliament Hill has been turned into a staging area for the Freedom Convoy. The 10-day long demonstration is a protest of cross-border COVID-19 vaccine mandates for long-haul truckers and other public health measures.

Police said several people were arrested downtown on mischief charges related to the act of transporting fuel to demonstrators.

Deputy Chief Steve Bell told CTV News that this force is the next step in dealing with the ongoing protest.

“Look at how we limit things moving in and out of the protest area,” Bell said. “We’ve really focused and targeted on removing the access of gasoline to the area, and we’ve had several seizures and several arrests related to that.”

Ottawa police say seven people have been arrested since Sunday, and about 100 tickets were issued.

“Multiple vehicles and fuel have been seized,” police said. “Officers arrested three individuals at Metcalf and Slater for mischief. The investigation is ongoing, and updates will follow.”

Sunday afternoon, Mayor Jim Watson declared a state of emergency for the city as the demonstration has shown no signs of slowing. 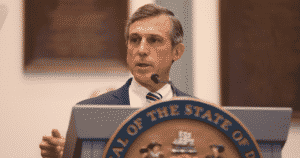