The Palm Beach Police Department responded to a trespassing call at the Florida estate of President Donald Trump.

Police vehicles were observed at the back of Mar-a-Lago on the morning of Nov. 3. Local news outlet WBPF reported the Secret Service had conducted a sweep of the property.

BREAKING: Palm Beach Police tells us they responded to a trespassing call at Mar-a-Lago. Units were parked on the back side but have since left. We’re told secret service is doing a sweep. No other details being released. @WPBF25News

Mar-a-Lago has been subject to numerous trespassing attempts in recent years.

On June 24, a man was found trespassing with a reported “suspicious package” in his car which law enforcement ultimately said was not dangerous. The 53-year-old, Donald Cleveland, was arrested. The Palm Beach Sheriff’s office closed the roads near the property while investigating the package.

Trump was in New Jersey at the time.

A man and woman drove a pick-up truck on Mar-a-Lago and refused to leave in March of 2020. They were arrested and charged with trespassing as resisting without violence.

“After they were taken into custody, the Palm Beach County Sheriff’s Office bomb squad responded to make sure the vehicle wasn’t dangerous. It was then removed from the property,” reports Fox 13.

Once again, Trump was not in Florida at the time. The incident came one month after a homeless man was arrested for trespassing on the property.

In January of 2020, an opera singer from Connecticut sped through two security checkpoints at Mar-a-Lago. Secret Service agents and Palm Beach County deputies present at the checkpoints opened fire in an attempt to stop the vehicle she was driving.

Hannah Roemhild, 32, was charged with aggravated assault on a law enforcement officer, fleeing arrest and resisting an officer without violence. She pleaded not guilty by reason of insanity in January of 2020.

A Chinese woman was sentenced to eight months in prison in November of 2019 for trespassing at Mar-a-Lago. Yujing Zhang, 33, ultimately served just one week after her sentence because Judge Roy Altman credited her for the time she spent in jail following her arrest in March.

Prosecutor Rolando Garcia sought an 18-month sentence, saying Zhang “lied to everybody” and her motive was “not just to take a photo with a famous person.”

Zhang entered Mar-a-Lago after telling Secret Service and the club’s receptionist that “she was a member and was there for a United Nations Chinese Friendship Association event – despite being repeatedly told that no such event was scheduled,” reports Fox News. She was carrying four cellphones, an external hard drive and a computer at the time of her arrest. Nine flash drives, five cellphone SIM cards, a signal detector that could spot hidden cameras, and around $8,000 in cash were recovered from her hotel room.

Trump was playing golf in the area at the time, but was never in close proximity to Zhang.

Zhang was deported in November of 2021. Her deportation was delayed after the onset of the COVID-19 pandemic. 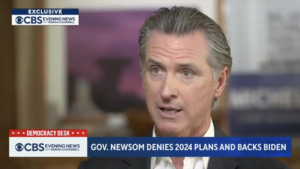